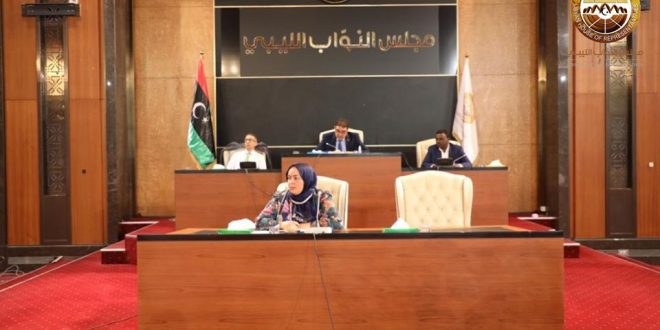 The Tripoli-based House of Representatives (HoR) has reiterated its rejection of attempts by some individuals and groups to take the Libyan file out of the United Nations hands, stressing that any move in this regard should involve all Libyan parties, as stipulated in the constitutional declaration and the political agreement.

This came in a statement issued by the HoR on Sunday, which addressed the political developments, the opening of oil installations, and “attempts to politicize the people’s sustenance and the country’s capabilities”, according to the statement.

The Council reaffirmed they will not support any unilateral agreement outside the legitimacy, or any outcomes that might return Haftar to the political scene.

It also held the Presidential Council and its members responsible for taking such step without resorting to the HoR, in reference to the announced agreement between PC member, Ahmed Maiteeq and Haftar.

“Decisions concerning the Libyan wealth must be in the hands of the legitimate authorities and not others,” the HoR stated, insisting that any agreement must be in the framework of political consensus and coordination with the HoR.

“Any solution to the Libyan crisis should be objective and fair and away from bargaining and auctions, the statement read, emphasizing it should be guided by the will of the Libyan people, the constitutional framework, and legitimate authorities.

It further noted that the deal must include a comprehensive and lasting solution that takes into account the stability of the country and the rights of future generations.

In closing, the statement called upon all political, military, and social forces to rally around an inclusive national project, in coordination with the United Nations mission, that leads to presidential and parliamentary elections as soon as possible, and at a specific date per the country’s permanent constitution.