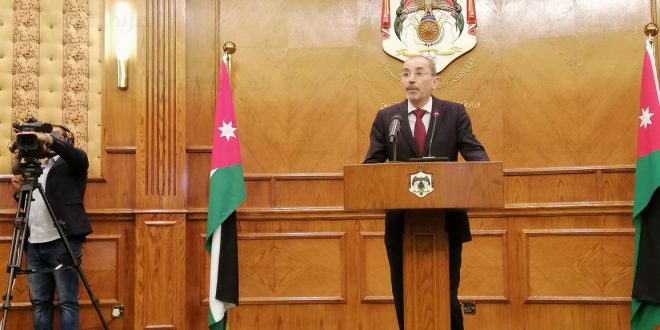 Amman on Tuesday denied responsibility for a shipping company that has been slapped with EU sanctions for breaching a UN arms embargo on war-ravaged Libya, saying the firm is not Jordanian.

On Monday, the European Union imposed sanctions on three companies, including Med Wave Shipping, which the bloc said was from Jordan.

But foreign ministry spokesman Daifallah al-Fayez said the firm “is not a Jordanian company, is not registered in Jordan and is not present on Jordanian soil.”

Fayez said authorities found no trace of the company at the address of its supposed headquarters in the Jordanian capital.

“This company did not exist there,” he said in a statement, adding that Amman was committed to the UN weapons ban.

The North African nation is split between rival forces each backed by foreign powers.

UN officials have long warned that deliveries of foreign-made weapons to Libya are undermining peace efforts.

The two other companies sanctioned were Turkey’s Avrasya Shipping and Kazakh Sigma Airlines.

The move freezes any EU assets held by the companies, cuts them off from EU finance markets and bars them from doing business with anyone in the bloc.