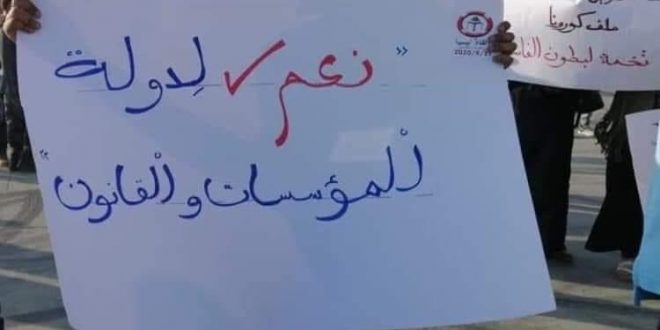 One organizer has been reported missing after pro-democracy and anti-corruption activists held demonstrations in Benghazi yesterday. The protests were reportedly hijacked by pro Hafter supporters who flooded the demonstrations.

The ‘‘Residents of the City of Benghazi’’ protesters called on the Attorney General to take action against corruption which they blame for their deteriorating living conditions and insisted on their right to protest.