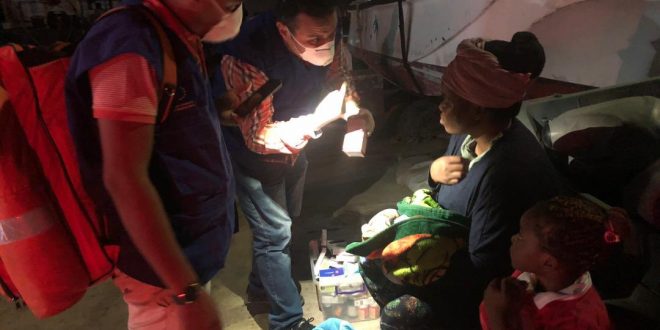 The International Organisation for Migration (IOM) announced that the Libyan Coast Guard intercepted a boat carrying 119 asylum seekers at sea.

The organisation retweeted a post by the UN Refugee Agency (UNHCR) which said: “119 refugees and migrants, aboard 2 rubber boats, were intercepted/rescued off Libyan coast, after departing from Sabratha and Al Khums. “

The IOM explained that the asylum seekers set off in two rubber boats from Sabratha, eastern Tripoli, and Al-Khoms, western Tripoli, adding that the organisation’s rescue crews awaited the migrants at the arrival point in Tripoli to offer them first aid, including water and food.

The organisation did not provide further information about the nationalities of the migrants or their health condition, while pointing out that Libyan Coast Guard has brought back about 8,000 illegal migrants from the Mediterranean Sea to the Libyan shores since the start of 2020.

Amid the ongoing conflict in the country, Libya has become the most prominent crossing point for illegal African migrants fleeing hunger and war.