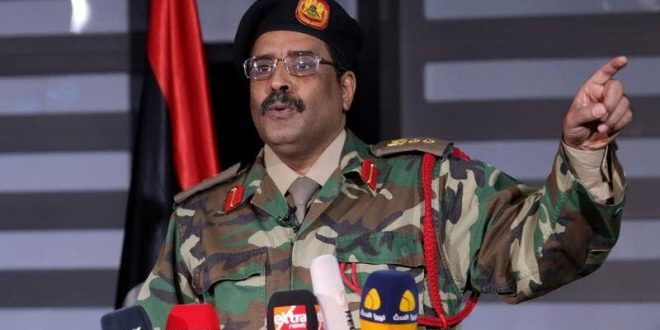 A spokesperson for the Libyan National Army (LNA), Ahmad al-Mismari, said on Wednesday that the LNA has eliminated one of the ringleaders of the Daesh* terrorist group in North Africa.

Al-Mismari said that on 15 September, the LNA announced that it had killed nine Daesh militants during an operation in the south-western part of Libya.

“It was announced that the leader of the militant group in Libya, known as Abu Abdullah al-Libi, was among those eliminated. However, after conducting an investigation, detaining two more IS militants in the Gadwa area and collecting evidence, it turned out that the one eliminated was Abu Moaz al-Iraqi, also known as Abu Abdullah al-Iraqi, the leader of the IS ring in North Africa, who arrived in Libya on September 12, 2014,” al-Mismari said.According to the LNA spokesperson, al-Iraqi arrived in Libya using a fake passport, his real name recorded as Abdullah al-Rubii. The terrorist was reportedly of Kurdish origin and became a Daesh ringleader in North Africa after the killing of Abu Nabil al-Anbari in 2015.

The ongoing confrontation in Libya involves the Government of National Accord (GNA) that controls Tripoli and territories in the west of the country, and the LNA that supports interim authorities sitting in Tobruk and controls the east of the country. The GNA is supported by Turkey and Qatar, and the LNA is backed by Egypt and the United Arab Emirates.