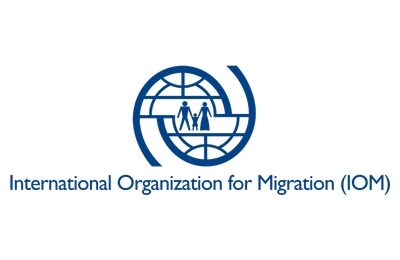 Migrants in Libya decreased by 7 percent since March: IOM

The number of migrants in Libya has been decreasing since March this year, the International Organization for Migration (IOM) said in its latest regular bulletin (No. 32). It said migrant numbers dropped by seven percent between March and August this year.

Its latest survey identified 584,509 migrants, down from 625,638 in March. Migrants from over 47 nationalities were identified in all 100 Libyan municipalities, it added.

The sustained decline in the number of migrants coincides with the start of the COVID-19 pandemic and the associated socio-economic impact and mobility restrictions, the report added.

In addition to the impact of the protracted crisis and the sustained poor living conditions in Libya, the impact of COVID-19 continues to exacerbate the vulnerabilities of migrants, such as those in irregular situation, working in the informal economy as well as those fleeing their countries because of violence or persecution. The significant unemployment rate, constrained access to livelihoods opportunities for migrant workers, tightened security controls and mobility restrictions are amongst the factors likely contributing to the drop in the number of migrants in Libya, the IOM report added.

The report also noted that most points of entry have remained closed for entry, except for returning Libyans, while several land border crossing points were periodically opened to allow groups of migrants to leave the country.

Irregular departures were also reported along Libya’s southern borders while stricter security measures and the intensification of controls targeting migrants in irregular situations and including interceptions and pushbacks in Eastern and South-Eastern Libya, further contributed to the decreasing number of migrants, it added.

While the number of tracked migrants decreased by three per cent compared to its previous report, the most common nationalities remain consistent and are heavily influenced by geographical proximity and diasporic ties. The majority of migrants (387,616 individuals or 66%) were from neighbouring Niger (20%), Egypt (17%), Chad (16%) and Sudan (14%). In line with a trend which has been consistent for the past year, the largest migrant populations were identified in the regions of Tripoli (14%), Ajdabia (12%), Misrata (10%), Zawia (7%), Benghazi (7%) Murzuq (7%) and Sebha (6%).