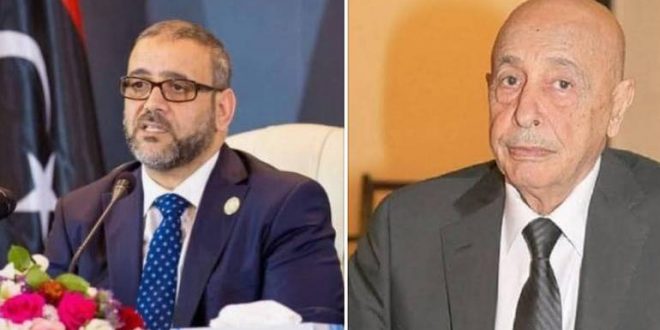 Al-Mishri and Agilah Saleh due to participate in Libyan talks

The Anadolu News Agency quoted a source within the High Council of State (HCS) on Sunday, which confirmed the participation of the HCS’s Chairman, Khaled Al-Mishri in the Libyan talks in Morocco.

The talks are due to be launched on Tuesday, and the official, who wished to remain anonymous, added to his quote to the Anadolu Agency, that the HCS delegation arrived on Sunday in Morocco.

According to local Moroccan media, Agilah Saleh, Speaker of the Tobruk House of Representatives, (HoR) is expected to participate in the dialogue.

Al-Mishri is expected to join him in talks on Tuesday, saying, “we expect that things will progress positively in these talks”.