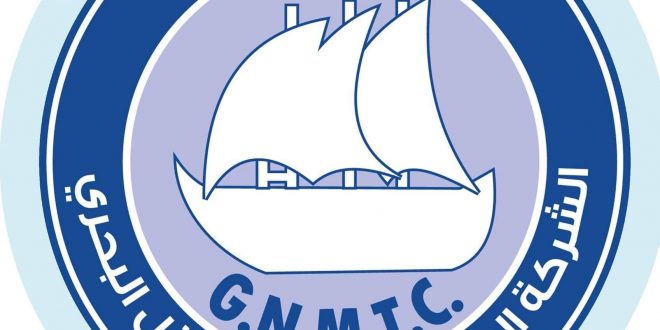 Libya’s state shipping company, the General National Maritime Transport Company (GNMTC) issued a statement updating the public regarding the latest situation on its ship Badr that has been illegally detained in Bulgaria.

The GNMTC stressed that it has spared no effort to recover the tanker, which it reminded had been ‘‘forcibly and unjustly detained’’ in Bulgaria since late November 2017. It said it had been captured and attacked by force of arms by the Bulgarian seaport police who had forcing the captain and crew to disembark and immediately evacuate the tanker and cut off communications. It says Badr was then handed over to the company Bulgargeomin which claimed ownership of the tanker using a mortgage document that had been forged in Greece.

The GNMTC said that despite several judicial rulings in its favour ordering the release of the tanker, and despite the diplomatic efforts made by the Tripoli-based Libyan Ministry of Transport and the Ministry of Foreign Affairs with the competent Bulgarian authorities, attempts to seize the tanker did not stop, as the company Bulgargeomin had since sought to obtain the “ownership” of the ship by relying on the false mortgage document through an illegal auction in Bulgaria.

GNMTC revealed, that Bulgargeomin re-registered the tanker several times and in more than one country, first under the Panamanian flag under the name ‘‘BDIN’’, and then registered under the name of Morgana under the flag of Belize for the benefit of a Liberian company, followed by a registration under the Cameroonian flag.

GNMTC said that, in coordination with the Libyan Port and Shipping Authority, it contacted the relevant maritime authorities regarding these registrations and demanded their cancellation, explaining that the carrier to date has not been removed in accordance with the law from the records of the port of Tripoli and is still owned by the GNMTC.

It also stressed that immediately after each registration, it took the necessary judicial measures to challenge these registrations and indicating the extent of their violation of international maritime laws and customs, and accordingly, the GNMTC explained, all these registrations were officially cancelled by the competent judicial authorities in each country of registration.

On 9 December 2019, an Athens Court of First Instance issued an official decree cancelling the authenticity of the mortgage bond provided by Bulgargeomin company, nullifying the contract for the reservation and execution of the carrier in Bulgaria and considering it as if it were not, which meant the cancellation of all the procedures resulting from it. GNMTC confirmed that it has re-filed the order with the Bulgarian judiciary requesting the re-establishment of ownership of the tanker and the recovery of its possession.

However, prior to the adjudication in the case, GNMTC said it was surprised to find out that another company called Livia Shipping claimed ownership of the tanker and that it had been renamed Mariam-B. Livia Shipping had applied to the Bulgarian Maritime Authority and the port of Burgas for permission to sail the tanker and included in its application for a registration a certificate issued by the Maritime Authority of Israel in an attempt to escape with the tanker before the decision of the Bulgarian judiciary.

International Relations and Cooperation
All
2020-09-29
asaeid
Previous Rescue of more than 500 migrants off the Libyan coast
Next Gununu: Wagner mercenaries fortify Jufra airbase in 31 locations