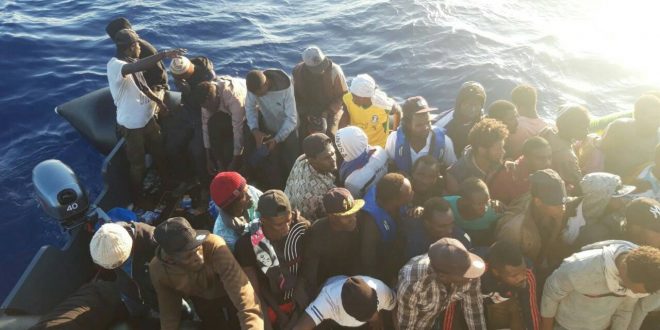 Rescue of more than 500 migrants off the Libyan coast

The International Organizations for Migration (IOM) announced the rescue of approximately 517 illegal immigrants off the Libyan coast during nine separate operations.

The IOM confirmed that the rescued migrants were of varying nationalities and included women and children, confirming that the Libyan Coast Guard patrol rescued and returned them to Libya.

The IOM indicated that the total number of migrants rescued since the beginning of this year off the Libyan coast, rose to approximately 9,500, however the number of those who lost their lives, reached 184, whilst the number of those unaccounted for and still missing, exceeded 274 migrants.