Home / Normal / What exactly is happening in Libya? 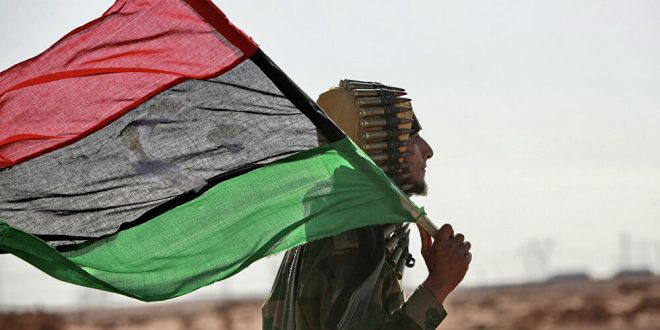 What exactly is happening in Libya?

Over the past few weeks, we’ve seen protests erupt across Libya, including in its major cities such as Tripoli in the West, and Benghazi in the East. People have been coming out in their hundreds, to demonstrate their anger and frustration at those in power. They’re calling out both the UN-backed government in the West and Khalifa Haftar’s rival government in the East, on their corruption, and holding them responsible for the deteriorating living conditions in Libya.

After more protests a couple of weeks ago in Benghazi, where the government’s headquarters were set on fire and major roads were blocked, it’s been reported that Haftar’s government has submitted its resignation. This resignation is to be reviewed by the government’s lawmakers in their next meeting, but no date has been set for this meeting. In addition to this resignation, the leader of the UN-backed Government of National Accord (GNA), Fayez el-Sarraj, has recently announced that he too will be stepping down from his role by the end of October 2020.

But how did we get to this point?

To understand what is happening in Libya today, we have to go back to 2011 and the protests that kicked it all off. Libyans had grown tired and frustrated with living under a tightly controlled and corrupt dictatorship. People had endured just over forty years of Muammer Gaddafi’s rule, which involved a quashed freedom of speech, a heavy and violent police state, and the squandering of wealth. So, with protests breaking out in surrounding countries, the people decided enough was enough.

These protests quickly evolved into a rebellion and a civil war between Gaddafi loyalists, and those who wished to oust his government. The UN Security Council froze Gaddafi’s assets and restricted his, and his inner circle’s, travel in February 2011, but the fighting would go on for several more months. This fighting also involved NATO military intervention, which bombed military sites but also collaterally civilian areas.

Throughout the war, Gaddafi government officials offered various ceasefires and compromised resolutions, but the rebel groups rejected them all as these would involve Gaddafi staying on in his role. But in September 2011, the transitional government that was put into place earlier in the year was finally recognised by the UN, and Gaddafi was later killed in the following October.

The trigger point for the second civil war

Instead of uniting the country, the death of Gaddafi threw Libya into even more instability – with groups that had come together to remove Gaddafi, now turning on each other. And with NATO fulfilling its military intervention, it quickly retreated leaving Libyans to piece their country back together.

Since 2011, Libya has gone through several government changes, which has led to a long stretch of both political and economic instability. Deep rooted tensions between old tribal allegiances were sparked back up, and various local militia groups refused to lay down their weapons. Any attempts by governments to regulate these groups simply escalated their violence.

One of these governments was the General National Congress (GNC) who were elected in July 2012, with the primary goal of establishing a new constitution for Libya. However, the two main political parties who formed this Congress were deeply divided on key issues, and failed to reach any real compromises. These two parties were the National Forces Alliance, a predominantly liberal group, and the Justice & Construction Party, a group associated with Muslim Brotherhood. And whilst these divisions were happening, Libya’s security situation grew worse and worse, especially with the killing of the US Ambassador J. Christopher Stevens in September 2012.

A key year for Libya was 2014, the year when the current second civil war was triggered. The GNC’s electoral mandate should’ve ended in January 2014, but they voted to extend their power for another year. This did not go down well with Libyans, and widespread protests ensued. Haftar – who was commander of the Libyan Army at the time – called for the GNC to dissolve itself, which they rejected. He then led an offensive against them named Operation Dignity in May 2014, to which the GNC responded by finally establishing a date for the new elections.

The House of Representatives (HoR) was elected, but the Islamist groups rejected the election results and continued to support the old GNC. The GNC voted itself in as a replacement, with Tripoli as their political capital, and declared the HoR government dissolved. This meant that the elected HoR had to relocate to Tobruk in the East, and took this declaration as a threat.

The clash between the East and the West

Early 2015 saw UN-sponsored talks take place in an attempt to unite the country, and it was during these talks that the Government of National Accord (GNA) was proposed as a political solution.

Clashes between the GNA in the West and Haftar-aligned HoR in the East led to the conflict Libya finds itself in today. Both sides are seeking complete control of Libya’s territory, and more importantly its key resources – like its oil reserves.

However, this conflict is no longer just a Libyan affair. There are many other key players now involved, and all with their own interests and motivations.

Haftar’s army has received financial and military support from Egypt, Saudi Arabia, and the United Arab Emirates(UAE). However, another nation that has also been propping up Haftar’s forces is France. As a member of the UN Security Council, this support is somewhat controversial as France’s official position is in support of the UN-backed GNA, rather than the opposing side. But Macron’s administration sells weapons to Egypt, Saudi Arabia and the UAE, and likely does not want to lose them as customers. France is effectively using the Libyan conflict to keep making a profit, even if this means that its weapons are used to further the violence.

Yet, Haftar isn’t the only one receiving outside help. The GNA has received massive support from Turkey, which deployed troops and weaponry to the region. Turkey has its own motivations for getting involved with this war though, and that’s a deal they struck up with the GNA that would give Turkey significant influence in the Mediterranean Sea. A region that is home to a huge amount of gas deposits.

Libya seems to have become a part of a geo-political proxy war, where everyone involved has their own personal interests in mind.

The Libyan people have lived with instability and violence for nearly a decade. They have seen people killed and homes destroyed. And they’re now facing ever-worsening living conditions. Public services, including health care, are collapsing amid a global pandemic where these services are needed more than ever. The inflation of the prices of basic goods means more people are being pushed into economic instability or poverty. Libya is now in the midst of an electricity crisis, with frequent power outages that can last for days, with no warning. Water outages have also become a common occurrence for many.

So it’s really no surprise that Libyans have simply had enough, and have decided now is the time to protest once more. Both warring governments have been accused of corruption and allowing the nation to get to this point. And with resignations coming from both sides, it seems these governments now know they cannot continue with the way things are.

International Relations and CooperationPolitical TransitionSecurity Situation
All
2020-09-29
asaeid
Previous ‘‘Positive and proactive attitude aimed at de-escalation’’ at Libya security and military talks in Egypt: UNSMIL
Next Libya-Tunisia air corridor to open next month