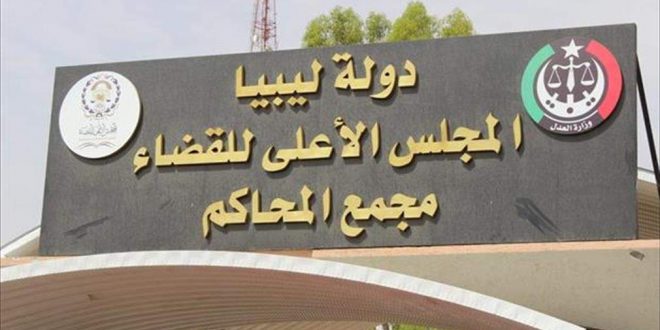 In its statement, the SJC stressed that there exists certain mechanisms and processes in choosing the head of the Supreme Court and the the Attorney General.

“The Supreme Judicial Council is following the dialogues and meetings taking place between a number of Libyan parties outside the country in order to find a way out and settle the ongoing political conflict that has harmed the homeland and the citizen”.

“While the Council hopes for these parties to reach a solution that ends this conflict and achieves security and stability in the regions of our beloved country, yet it denounces the logic of quotas on which these dialogues and their outputs are built, and which will not achieve the interests of the Libyans, as Libya is built on the competencies of all its people without discrimination between east, west and south’’.

“Thus, we oppose and even reject the outcomes of what was stated in the Bouznika, Moroccan understandings regarding the judiciary, and we consider this interference and a violation of the sovereignty and independence of this authority. The judicial authority was one of the three authorities that remained united and did not split and remained a symbol of our country’s unity throughout the period of bitter conflict that was reflected in all sovereign institutions, except for the judiciary institution, which preserved its unity due to the determination of its sons who rejected that conflict and distanced themselves and their institution from engaging it.