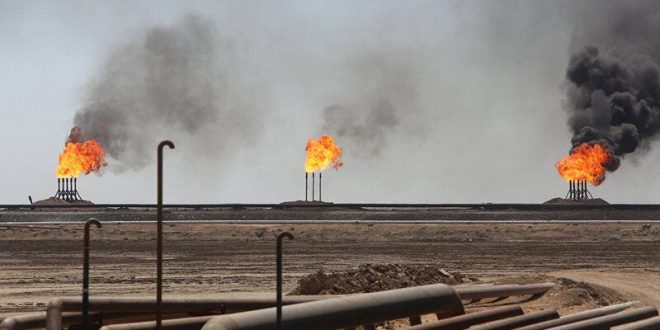 Libya’s state oil firm gave the green light Sunday for production to resume at a major oil field, as the UN announced ‘face-to-face” talks between the country’s rivals.

Following the end of a blockade that was imposed in February, the National Oil Corporation lifted force majeure on Al-Sharara, a field in Oubari region about 900 kilometres (550 miles) south of Tripoli, and instructed the operators Akakus to resume production.

Force majeure refers to external unforeseen elements that prevent a party from fulfilling a contract.

The NOC, in a statement, said it had struck an agreement with armed groups at the site to lift any obstacles and to ensure the safety of staff and operations.

Al-Sharara normally produces 315,000 barrels per day of Libya’s overall output of more than one million bpd.

On September 19, the NOC said it was lifting force majeure on what it deemed secure oil ports and facilities, a day after eastern strongman Khalifa Haftar said he was lifting a blockade on oil fields and ports.

Pro-Haftar groups had blockaded key fields and export terminals from January 17 to demand what they called a fair share of hydrocarbon revenues.

The blockade, which has resulted in an estimated $10 billion in lost revenue according to the NOC, has exacerbated electricity and fuel shortages in Libya.

On the political front, the UN mission in Libya announced that the country’s rivals will hold direct talks next month.

The forum’s aim is “to generate consensus on a unified governance framework and arrangements that will lead to the holding of national elections in the shortest possible timeframe”, it said in a statement.

The two main factions are the UN-recognised Government of National Accord (GNA) in Tripoli and a parliament in the eastern city of Tobruk.

Efforts to move the political process in Libya forward have been repeatedly interrupted since a deal signed in Morocco in December 2015.

Haftar, who is backed by Egypt, Russia and the United Arab Emirates, launched an offensive on Tripoli in April 2019, but was beaten back in June by the GNA with military support from Turkey.

Hope for a solution to the crisis has risen, however, after the two main warring factions separately announced in August they would cease hostilities.

The move was followed by a series of UN-backed talks in Morocco, Egypt and Switzerland.