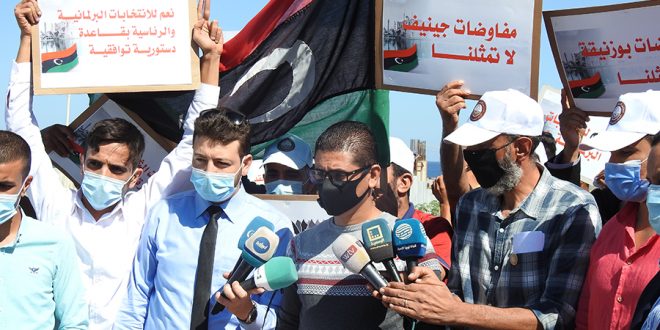 Members from civil society organizations, along with some trade and professional unions, have denounced what they said attempts by the UN mission to create new transitional stages, warning it would lead to an even more catastrophic scenario.

The organizations staged a stand in front of the UN mission’s HQ in Tripoli, demanding the latter to stop the ongoing “suspicious dialogues and meetings” as it would just deepen the rift and further disintegrate the social fabric, according to the protest leaders.

They called on the UN mission to set dates for parliamentary and presidential elections, in addition to the constitutional referendum, and to exclude controversial figures from political life.