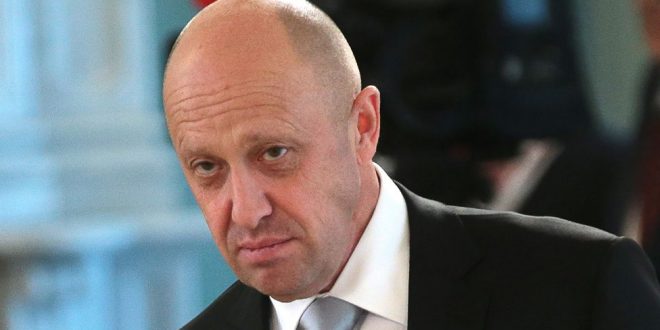 Members of Russian President Vladimir Putin’s inner circle were hit with sanctions by the European Union on Thursday over the Kremlin’s involvement in Libya, as well as the poisoning of opposition figure Alexei Navalny.

Six senior Russian officials, including Yevgeny Prigozhin – nicknamed “Putin’s chef” – will be banned from travelling to the 27-nation bloc and have their assets in the European Union frozen, in a move that steps up pressure on Moscow.

Prigozhin was sanctioned for undermining peace in Libya by supporting a private military contractor – the Wagner Group – which is active there.

In its official listing, the EU said Prigozhin had “close links, including financially, to the private military company Wagner Group”.

“In this way, Prigozhin is engaged in and providing support for Wagner Group’s activities in Libya, which threaten the country’s peace, stability and security.”

Russia has repeatedly denied media reports that the Wagner Group, believed to be owned by Prigozhin, is operating in Libya. Still, a recent UN report said the group had at least 800 military contractors on the ground, including snipers and specialised teams.

Prigozhin is already under US sanctions over links to the shadowy military organisation, which has been accused of interfering in various conflicts across the African continent.

In a statement, the Council of the European Union said it “remains gravely concerned about the situation in Libya” and had particular concern about “violations of the UN arms embargo, human rights abuses and violations as well as the attempted illicit export of petroleum from Libya”.

The EU said Wagner had committed “multiple and repeated breaches” of the UN arms embargo on Libya, where Russia has backed renegade military commander Khalifa Haftar in his uprising against the internationally recognised government.

In a statement, Prigozhin insisted he had no business projects in Libya and said he was saddened by the move.

“Of course, I am very upset over these sanctions, since I will have to curtail my many business projects in the European Union,” the AFP news agency quoted him as saying.

In addition to Prigozhin being banned from travelling to the EU and having his assets in the bloc frozen, EU citizens and companies are also barred from supplying him with funds.

Britain said it would also enforce the sanctions, despite having left the bloc, while Russia warned the measures would further damage already fraught relations with the EU.

“The EU with this step has harmed relations with our country,” Kremlin spokesman Dmitry Peskov told reporters, describing the measure as a “consciously unfriendly step” and vowing that Moscow would retaliate.

The same penalties were also applied to the six Russians over the poisoning of opposition figure Alexei Navalny, which the EU says could not have been carried out without the complicity of the FSB, the Defence Ministry and Putin’s executive office.

Navalny fell seriously ill on a plane in Siberia while on the election campaign trail, and was flown to Germany for treatment in August.

Tests carried out by German experts, later confirmed by France, Sweden and the UN’s Organisation for the Prohibition of Chemical Weapons (OPCW), showed he had been poisoned with a Novichok nerve agent.

Novichok, a highly toxic agent developed by the Soviet Union, is accessible “only to state authorities” in Russia, the EU said, arguing that its use could only come as a result of “intent or negligence” on the part of the Defence Ministry.