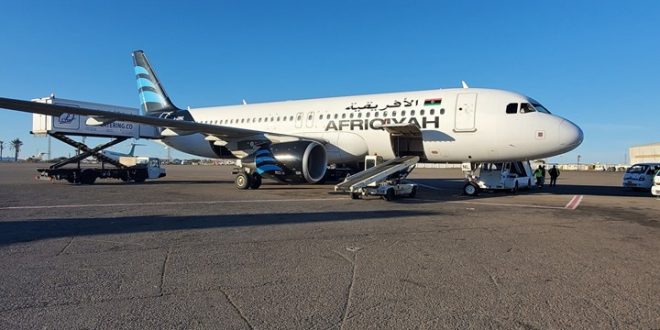 Flights between the Libyan capital and Benghazi resumed Friday after an 18-month halt, amid an a easing of tensions between a Tripoli-based administration and rival authorities in the eastern city.

“An Afriqiyah Airways plane… landed on Friday morning at Benina international airport” from Tripoli’s Mitiga airport, carrying a delegation of representatives from the Libyan carrier along with aviation officials, the Government of National Accord said on Facebook.

Efforts by GNA chief “Fayez Al-Sarraj and deputy premier Ahmed Maiteeq have led to the resumption of flights” between the two airports, the GNA added.

Local television images showed the plane on the tarmac at Benina airport, after landing.

Libya has been wracked by conflict since the overthrow and killing of Muammar Gaddafi in 2011, with rival power centres as well as a myriad of militias vying for control.

The two main factions are the UN-recognised GNA in Tripoli and a parliament in the east, which supports strongman Khalifa Haftar.

Hopes for a solution to the crisis have risen after the two warring factions in August separately announced they would cease hostilities.

The move was followed by a series of UN-backed talks in Morocco, Egypt and Switzerland, and further dialogue is scheduled for next month.

However, both sides continue to accuse each other of supporting “terrorist” groups.

Commercial flights between Benghazi and Tripoli were suspended not long after Haftar launched a military campaign to take the capital in April 2019. His forces were beaten back in June this year.

Flights had only resumed out of Mitiga, the Libyan capital’s only working airport, in August, after a shutdown due to the fighting and coronavirus restrictions.

Despite the recent ceasefire announcement, security remains a major concern for Libyan airlines.

Late last month, Afriqiyah Airways suspended links between Tripoli and the southern city of Sebha after pro-Haftar fighters positioned armed vehicles on the runway to prevent flights from landing.