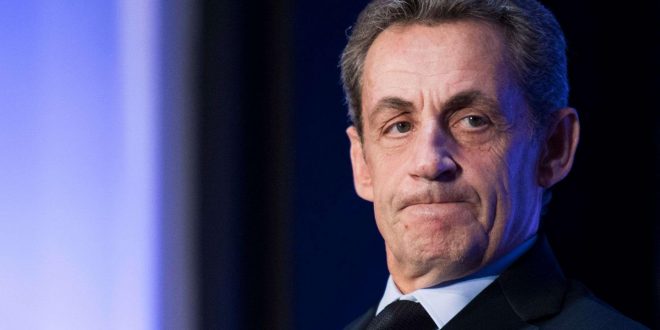 Former French President Nicolas Sarkozy has been charged with conspiracy over claims he used cash from late Libyan leader Muammar Gaddafi for his 2007 election campaign.

Prosecutors told AFP he was charged with “membership in a criminal conspiracy” on Monday, after they interviewed the conservative politician for more than 40 hours over four days.

The conspiracy charge comes in addition to charges lodged in 2018 of “passive corruption,” “benefitting from embezzled public funds” and “illegal campaign financing” for which Sarkozy already faces trial.

Prosecutors suspect that Sarkozy and his associates received tens of millions of euros from Gaddafi, who was overthrown in a Nato-backed uprising in 2011.

Sarkozy said on his Facebook page on Friday that his “innocence has been tarnished” and has denied any wrongdoing.

During questioning Sarkozy, who was president of France from 2007 to 2012, said he “answered every question I was asked without ever being put in difficulty.”

Last month, a Paris appeals court threw out Sarkozy’s bid to have the investigation dismissed, making a trial more likely.

Sarkozy, 65, denies the charges that were sparked by investigative website Mediapart in 2012, when it published a document purporting to show that Gaddafi agreed to give Sarkozy up to 50 million euros ($59m).

In his defence Sarkozy – who is himself a trained lawyer – has claimed presidential immunity, and said there is no legal basis in France for prosecuting someone for misusing funds from a foreign country.

Judges are also investigating claims by a French-Lebanese businessman, Ziad Takieddine, who said he delivered suitcases carrying a total of five million euros from the Libyan regime to Sarkozy’s chief of staff in 2006 and 2007.

After seven years of investigation efforts resulting in witness statements from Libyan officials, Gaddafi’s secret service and from middlemen, prosecutors believe they can show that Sarkozy’s campaign was indeed financed by Gaddafi.

But legal experts also question whether the charges hinge on circumstantial evidence rather than the sort of ironclad proof of Sarkozy’s guilt that would ensure a conviction.

Sarkozy’s former ministers Claude Gueant and Eric Woerth are also charged in the case, which is not the only legal headache for the former right-wing president, who is no longer active in politics.

He has also been charged in two other cases, one relating to fake invoices devised to mask overspending on his failed 2012 re-election campaign, and another for alleged influence peddling.

Having already stepped back from a front-line public role in 2016 after he failed in a bid to run again for president, Sarkozy said after being charged in 2018 that for him “politics is finished”.