Home / Normal / What does the UN registration of the Turkey-Libya maritime agreement mean? 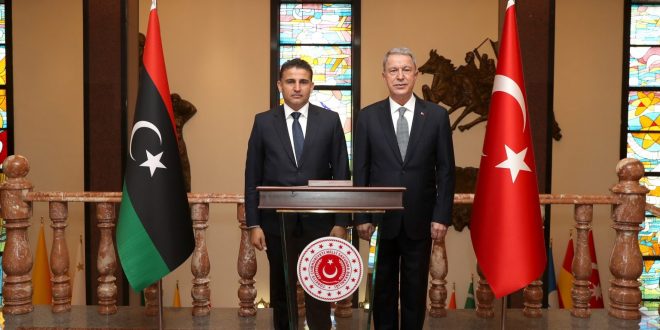 What does the UN registration of the Turkey-Libya maritime agreement mean?

Earlier this month, UN Secretary-General Antonio Guterres registered the Turkey-Libya deal on the delimitation of maritime jurisdiction in the Mediterranean. Under Article 102 of the UN Charter, “Every treaty and every international agreement entered into by any Member of the United Nations… shall as soon as possible be registered with the Secretariat and published by it.” By registering their agreement with the UN, Turkey and Libya have effectively elevated it to the level of an international treaty.

According to UN procedures, member countries let the organisation know that agreements have been signed. Registering with the UN doesn’t mean that the international body has to approve any agreement, in this case the deal between Turkey and Libya’s Government of National Accord. There is no such thing as an approval mechanism in this context.

Turkey is a member of the UN and Libya’s GNA is recognised by the international organisation. Hence, criticism such as, “If there was a relationship with the [Khalifa] Haftar regime, if Turkey signed an agreement with Haftar, it would be better” do not have any legal basis, because the GNA is an interim government in Libya created under the terms of the Libyan Political Agreement, a UN–led initiative signed on 17 December 2015.

According to the UN Convention on the Law of the Sea, a country is able to extend its territorial waters for 12 nautical miles only. In terms of an exclusive economic zone (EEZ), wherein it has the fishing, mining and drilling rights, the area can extend for an additional 200 miles.

When Cyprus and Egypt agreed on the delimitation of the EEZ between them in 2004, Turkey objected on the basis that the part of its continental shelf was in the same area. Such claims are based on the view that the capacity of island states to generate maritime zones should be limited when compared with mainland coastal states.

The Turkey-Libya maritime agreement was to a large extent a response to the East Mediterranean Forum that was launched in 2019 with seven member states, Turkey not being one of them. In order to secure its interest in the area, Ankara duly concluded the agreement with Libya’s GNA on 27 November last year; it was ratified by Turkey’s parliament on 5 December. Ankara then submitted the agreement to the UN for registration in order to protect its rights against unilateral and illegal activities by other regional countries and international corporations.

For all practical purposes, the forum’s scope and capability will be limited if Turkey continues to be excluded. Without a stable and conducive environment it is unlikely that financiers and operators will invest in new infrastructure projects in the region. This fact notwithstanding, Ankara’s participation should come about without preconditions. Like it or not, Turkey is a major actor in the region. Given its extensive coastline along the eastern Mediterranean it should be invited to join the forum at the earliest opportunity. Excluding Turkey can only perpetuate mistrust and hostility in the region, especially if the forum upholds the entrenched positions and demands of Cyprus and Greece.

Undoubtedly, current tensions in the eastern Mediterranean have been fuelled by the use of exclusive economic zones as a means to assert national rights to energy exploration and natural resources. This was demonstrated several months after the Turkey-Libya agreement when Greece responded by signing separate maritime border agreements with Egypt and Italy.

Turkey’s Rear Admiral Cihat Yaycı was one of the first to highlight the importance of an EEZ agreement between Libya and Turkey. He pointed to Libya’s pivotal role in the efforts to limit the maritime jurisdictions in the eastern Mediterranean in his article here.

Clearly, registration of the agreement between Turkey and Libya’s GNA at the UN is an ambitious and encouraging signal to other coastal nations that Ankara aspires to have a say in the future development of the region’s gas and hydrocarbon reserves. While exclusivist policies may engender tension and instability, inclusion and cooperation will definitely secure a win-win outcome for all the countries of this geostrategically important region.

Border ManagementInternational Relations and Cooperation
All
2020-10-20
asaeid
Previous Russian mercenaries in Libya: ‘They sprayed us with bullets’
Next Greek Brigadier General named commander of IRINI Operation