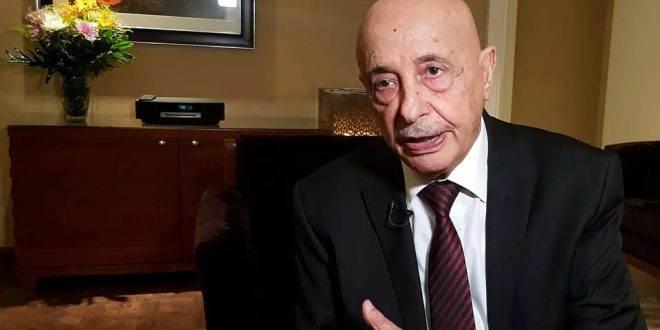 Tobruk-based House of Representatives (HoR) announced on Thursday that Agilah Saleh’s media advisor, Abdul Hamid Al-Safi, came under armed attack on Tuesday while he was in Benghazi.

HoR stated on its official Facebook page that “an outlaw group attacked Al-Safi and he is now in good health”, without indicating further details.

Sources from Benghazi reported that Al-Safi had been attacked by pro-Haftar gunmen, due to the problems that occurred between the latter and Agilah Saleh in the recent past.

The eastern region of Libya is witnessing a security chaos since Haftar’s militia and his multinational mercenaries took control of the region.