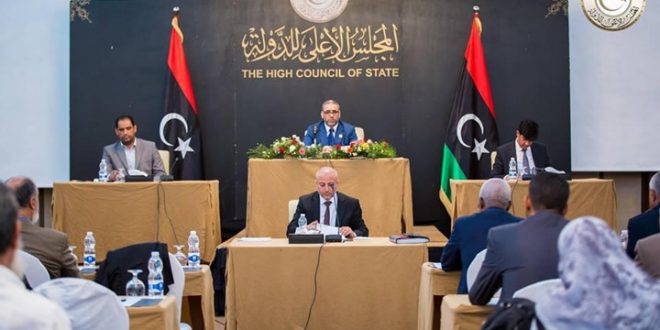 In a statement on Sunday, the HCS said the Presidential Council of the Government of National Accord should respond to the insults made by France against Prophet Mohammed (PBUH) by ending relations and work with French firms, urging the judicial authorities to deliver final verdicts on HCS’s appeal against the “dubious” acquisition of Marathon concessions by French oil firm Total.

“We have heard the irresponsible statements of French President Emmanuel Macron who insisted on publishing caricatures that insult Prophet Mohammed (PBUH) claiming this is freedom of expression. It is an insult to over 1.5 billion Muslims by French President Macron and this is a proof of France’s fake democracy and its reality that is: a colonial power.” The statement reads.

The HCS also condemned the killing of the French teacher, saying the incident was against Islamic teachings and resulted from Macron’s racist policies.

Macron’s insistence on protecting the publishing of the caricature of Prophet Mohammed (PBUH) and Islamic principles sparked worldwide outrage.