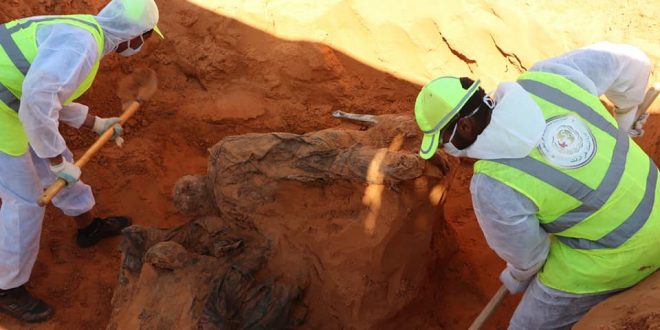 The General Authority of Searching for the Missing has discovered four more mass graves in the city of Tarhuna.

The authority said in a statement that “the search teams have begun exhuming bodies from the new sites and their numbers will be announced upon completion of the recovery process”.

It added that the total number of bodies recovered from the areas of Tarhuna and the south of Tripoli after Haftar’s aggression has reached 114.

Security ForcesSecurity Situation
Murqub
2020-10-27
asaeid
Previous Libya: ‘We are committed to cooperation with Turkey’
Next Libyan Defense Minister says Haftar must be tried for his crimes