Home / Normal / ‘We can only pray’: Four Turkish citizens held by Haftar in eastern Libya 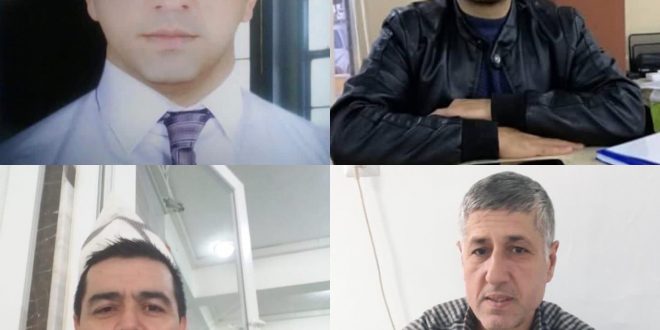 ‘We can only pray’: Four Turkish citizens held by Haftar in eastern Libya

Yakup Demir is angry and disappointed. He has tried everything over the past nine months to contact his father-in-law, who along with three other Turkish citizens has disappeared after being seized in Libya’s Sirte.

“We haven’t been able to talk to him since February,” he told Middle East Eye. “We don’t know what kind of state he is in.”

Halil Gozel, 56, had been living in the central Libyan city since the summer of 2019, working at a Turkish dessert shop along with his partners. On 6 February, however, eastern commander Khalifa Haftar’s self-styled Libyan National Army (LNA) swept into the city, arresting every Turkish citizen they could find.

For 10 months, Haftar had been waging an offensive against the UN-recognised Government of National Accord in Tripoli, and weeks before he took Sirte, Turkey’s parliament had authorised military intervention to back Ankara’s ally the GNA.

Gozel, along with fellow Turkish citizens Nurettin Calik, Dogan Kissa and Ilker Saglik, was taken to a Benghazi prison after Sirte’s capture, officials and individuals involved in their case told MEE.

Since then, nothing has been heard from them.

Hundreds of Turkish citizens have travelled to Libya for work annually since the Gaddafi era.

Though the exact number of Turkish workers in the country isn’t known, they have a significant presence in western Libya, with Turkish energy companies providing electricity and construction firms undertaking projects for the private and public sectors.

But their position became perilous as the LNA swept through much of Libya’s west and surrounded Tripoli. As Turkey stepped up its support for the GNA, Haftar and his forces declared that Turkish assets in Libya had become legitimate targets.

Gozel, Calik, Kissa and Saglik appear to have fallen victim to that policy.

“They were taken because Haftar was angry with Turkish military’s deployment to Libya,” Demir says. “We are of course worried.”

Eventually, the Turkish intervention proved decisive, with its deployment of drones, arms and Syrian mercenaries prompting an LNA collapse in June.

Antipathy for Turkey remains at a high in Haftar-held eastern Libya, however, and Ankara’s relations with Haftar’s sponsors the UAE, France, Egypt and Russia are at a nadir.

Several Turkish officials told MEE that Ankara is lacking tools to facilitate its citizens’ release, as it has no direct contact with the LNA or other authorities in eastern Libya.

“We don’t recognise them,” one senior Turkish official said. “Our consulate in Misrata is doing everything it can. But they are political prisoners, there isn’t a due process.”

Haftar’s forces have, however, previously released two other Turkish detainees, following the intervention of local sponsors that originally took them the Libya.

Yusuf Gurun, who was freed after nine months of captivity and is now back in Turkey, said he and his Turkish colleague Vahit Kiraz were similarly detained in Sirte in February.

“We had been working at a Turkish kebab place,” he told MEE. “They took us to a police station in Sirte and severely beat me up. We were there legally. We had papers and everything. They hit me with batons. The language barrier made things worse.”

Gurun said they were also taken to Benghazi, where at one point he shared a cell with Gozel and his colleagues.

“Gozel and three others were taken to somewhere else after some time, so we don’t know their exact whereabouts anymore,” he said.

“The prison conditions were really bad. It was really unsanitary. Washing was almost impossible.”

Gurun said his local business partners belonged to a tribe sympathetic to Haftar and were able to get him and his colleague out of the prison after months-long negotiations.

“But other Turkish employees’ local partners are supporting the Tripoli government. So they aren’t lucky. They are at the mercy of Haftar’s forces,” he added.

When approached to comment on the Turkish detainees’ situation and the conditions they are held in, LNA spokesman Major-General Ahmed al-Mismari said: “We have no information about such fake news.”

However, Mismari told MEE that there might have been “Turkish mercenaries” arrested while fighting the LNA.

After further questioning, Mismari asked MEE to investigate whether the US and UK have been supporting al-Qaeda and the Islamic State group and helping them to spread in the Arab world.

Tensions in Libya have recently calmed, with warring parties agreeing to a permanent ceasefire last month.

That has raised hopes among the Turkish detainees’ families that they may be released as the various players in Libya seek a lasting detente.

In a sign that such hopes may not be unfounded, the GNA has reportedly agreed to release two Russian political operatives who have been held in a detention facility in Mitiga airport for more than a year.

However, the senior Turkish official said there haven’t been any discussions with Haftar’s forces on a similar deal to release Turkey’s citizens.

“We don’t know what to do,” said Demir. “We can only wait and pray for my father-in-law.”