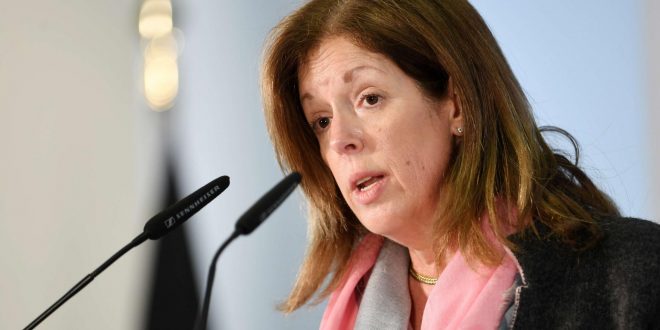 She said she was aware of the ”games are being played now”, and that she sees ”the manoeuvres all around us of what we call “the Status Quo” party; it is not going to work”.

‘‘We can see the benefits, the fruits of the work of the Joint Military Commission on the ground here in Libya. We have seen that all of the oil installations are now open and oil is being produced and the National Oil Corporation has already reported that the daily production is 800,000 bpd; we are working on the resumption of the flights to enable the people of the south to have a connection to other cities in Libya.

We have also seen, since the signing of the ceasefire agreement, the continuing exchange of detainees.

This is the beginning of a process that is going to require determination, courage, confidence and a lot of work and what I have seen in these two days and what I saw in Geneva was the determination of this team to implement this [ceasefire] agreement.

This is ”Min Ajil” (for the sake of) Libya and this is what we heard the first day when two children came and spoke so movingly about their hopes and aspiration and their desire for unity and peace and prosperity.

What I saw was the extreme confidence in the ability of the teams to work together. That needs to be translated on the ground; there is a lot of work ahead of us, that’s why in the next meeting we are going to move directly to Sirte and again roll up our sleeves and go through the details and there will be meetings with the sub-committees. This is solid work and in good faith.

What we are calling for is for the political class to rise to the level of responsibility that we have seen present in the Joint Military Commission.

In Tunis, we are going to work with the 75 participants on the political roadmap going forward with key objectives being the scheduling of national elections.

The onus, the responsibility is on the shoulders of those countries and elements that are responsible for bringing those mercenaries and forces to Libya; they must respect the Libyan request

You have seen in today’s readout that the JMC has repeated its request to the Security Council to issue a resolution.

Now there is a special mechanism comprised of the two commanders of the Petroleum Facilities Guard (PFG) working with the NOC and UNSMIL and as we announced there is going to be a meeting on the 16 of November in Brega where we will get into the details of restructuring and reform of the PFG.

I certainly hope that the spirit and the sense of responsibility that we’ve seen in the joint military commission is reflected in the political dialogue.

The goal of the Political Dialogue Forum is going to be to firmly set the roadmap for national elections, because that is the one way that the Libyan people can restore their sovereignty and to exercise their right to elect their representatives.

Libyans can do elections; we have the green shoots of democracy at the municipal level and we need to see that at the national level’’.