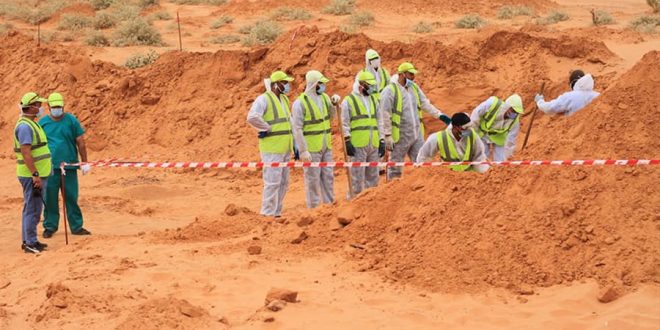 The Interior Minister of the Libyan Government of National Accord (GNA) Fathi Bashagha said the body of Mabrouk Khalaf; the former director of information and follow-up office at the Ministry, was found in a mass grave in Tarhouna.

Bashagha said on Twitter that Brigadier General Mabrouk was killed by Al-Kani militia and was found in a mass grave in Tarhouna, stressing the need for local and international accountability for the “gang of Al-Kani for their heinous crimes and terrorist acts.”

Meanwhile, the general authority for finding the missing said the number of bodies recovered from the last five mass graves reached 17, including remains. This came after the announcement of unearthing of the new mass graves in Tarhouna on Thursday.