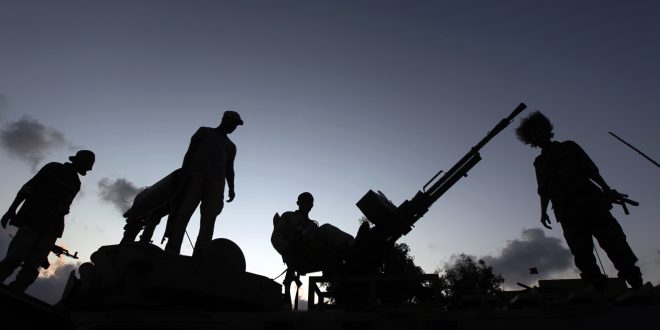 The Libyan army on Friday welcomed the convening of the Joint Military Commission (5+5) in the Libyan city of Sirte, on condition of the mercenaries’ departure and the withdrawal of the militia of General Khalifa Haftar.

This came, according to a statement released by the support forces of the Sirte-Jufra Protection and Security Operations Room affiliated with the army, two days after the conclusion of the talks of the 5+5 commission under the auspices of the United Nations, for the first time in the Libyan town of Ghadames.

The statement announced: “The forces of the Sirte-Jufra Protection and Security Operations Room welcome the meetings of the 5+5 commission, which will be held in the city of Sirte in the coming days, and stress the need for the departure of the Janjaweed and Wagner mercenaries and Haftar’s militia withdrawal, in addition to holding all criminals accountable.”

The statement continued: “We do not agree to open roads or communicate with an area controlled by foreign mercenaries who have shed our blood, destroyed our capital, laid mines that killed civilians and children, left mass graves behind them and destroyed the infrastructure.”

“There is no place for the war criminal Haftar in the next stage. It is necessary to hold those who committed war crimes and killed civilians accountable,” the statement added.

The statement also affirmed: “The Libyan forces adherence to the orders of the commander-in-chief, the minister of defence and the chief of staff regarding the meeting of the 5+5 commission, to preserve and extend the state’s sovereignty over the entirety of the Libyan soil.”

The Joint Military Commission (5+5) achieved an important second step towards building trust between the Libyan warring parties, after agreeing on the mechanisms for implementing a permanent ceasefire agreement, signed in Geneva on 23 October.

This is the first time since 2019 that the Libyan parties meet within their country, in the city of Ghadames, and it is expected that these meetings will continue in the city of Sirte in the future.

Last week, the Libyan parties to the conflict reached a ceasefire agreement through the discussions of the military commission, which included five representatives of the government and five members of Haftar’s militia.

For years, the oil-rich country has been witnessing an armed conflict, as Haftar’s militia contests, with the support of Arab and Western countries, the internationally-recognised Libyan government for legitimacy and authority, resulting in civilian casualties and enormous material damage.

Since 21 August, there has been a ceasefire in Libya, which Haftar’s militia has repeatedly violated.