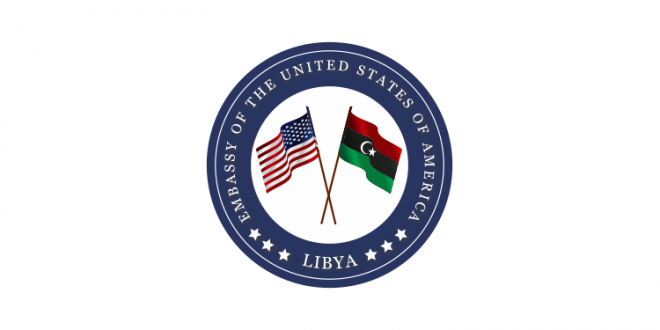 In its statement, the Embassy said ‘‘As the Libyan Political Dialogue Forum prepares to get underway in Tunis, Ambassador (Richard) Norland spoke with Foreign Minister (Mohamed) Siala on Friday to convey the U.S. Embassy’s intention to begin formal consultations with Libyan authorities on the lengthy process to secure property in Tripoli to facilitate long-term U.S. diplomatic engagements in Libya.

“Although we are a long way from actually being able to open an Embassy, the prospect of progress toward political stability affords the opportunity to begin to explore the procedural steps and bilateral negotiations required to set that process in motion,” Ambassador Norland said.

The Embassy added that ‘‘Meanwhile, as security and logistical considerations allow, the Embassy will continue to travel across Libya to engage a broad range of Libyan leaders in support of the ongoing UN-facilitated intra-Libyan dialogue. The Ambassador underscored to Foreign Minister Siala the great U.S. respect for the Libyan patriots participating in the Libyan Political Dialogue Forum (LPDF) as they gather in Tunis on Monday to finalize a roadmap to national elections, the success of which will contribute significantly to peace and security in Libya’’.