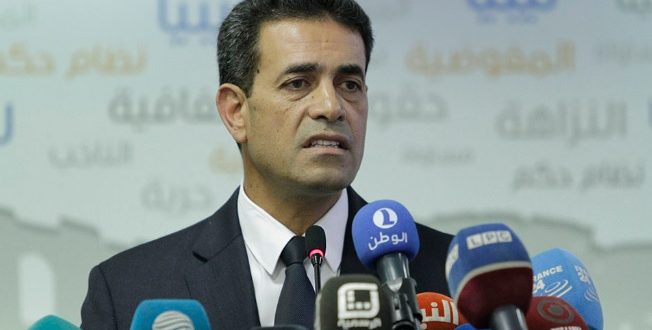 The Chairman of the High National Elections Commission (HNEC) Emad Al-Sayeh discussed with the participants of Libyan political dialogue in Tunisia the holding of general and constitutional elections in addition to the national identification number.

Al-Sayeh recommended that the HNEC joins efforts of drafting election laws in Libya, adding that they need 90 days to get up and running due to lack of government funding from the Government of National Accord. He said it was vital to allow all components in elections as happened in the last parliamentary elections.

Meanwhile, media sources confirmed that the first meeting of the Libyan political dialogue will be held Monday in Tunisia with the Tunisian President Kais Saied starting with a speech followed by face-to-face negotiations.