Home / Normal / Dialogue forum to be extended to next week. 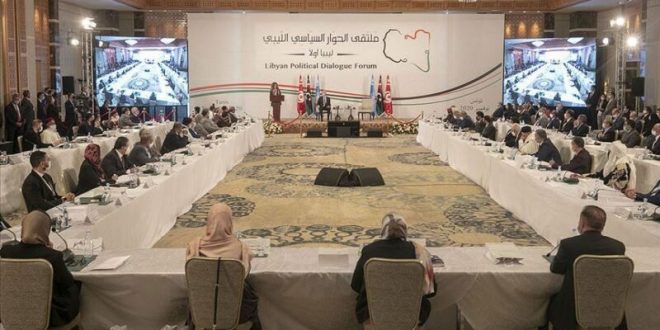 Dialogue forum to be extended to next week.

The UN-brokered Libyan Political Dialogue Forum is set to be extended to next week due to a lack of consensus on who will lead the transition process.

The acting head of the United Nations Support Mission in Libya, Stephanie Williams, declared the end of the Libyan political dialogue meeting held in Tunisia, and the return of participants to their regions and its virtual reconvening next week.

Despite a lack of final decision being reached, at a press conference held in Tunisia, Williams expressed her satisfaction at the results of the deliberations held during the meetings and the strong national restorative spirit demonstrated by the participants in its work, according to her statement.

The acting UN envoy confirmed that the spirit of reconciliation prevailed among the participants, particularly after what she considers to be positive results achieved in the economic and military track and that more sessions will be held next week virtually to finalize some matters that need to be further examined.

She explained that the meeting next week, during which the discussion of the executive authority will continue, and that participants will have an opportunity to consult with their regions on what was discussed in the meetings held in Tunis.

Williams confirmed that the meetings determined to form a legal committee to deal with the constitutional rule of elections as a political issue and that its members would be participants in its work.

The representative called on participants to think, reflect and talk to others about what was discussed, what was achieved in Tunisia and what would best serve the Libyan people and their future.