Home / Normal / GNA: ‘Libya to hold elections with or without consensus’ 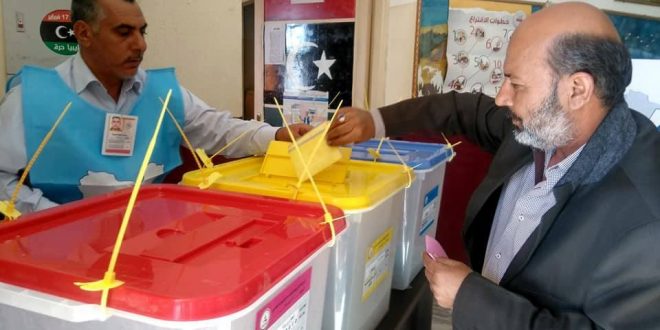 GNA: ‘Libya to hold elections with or without consensus’

The Libyan government confirmed yesterday that the presidential and parliamentary elections will be held at the end of next year, “whether the [Libyan] parties agree or not”.

This came in a statement made by the spokesman of the Presidential Council of the internationally recognised Libyan Government of National Accord (GNA), Ghaleb Al-Zaqlai, to Fawasel website.

It had earlier been reported that the UN sponsored Libyan Political Dialogue Forum held in Tunisia had led to an agreement which would see elections held on 24 December 2021.

Al-Zaqlai said that the head of the Libyan Presidential Council, Fayez Al-Sarraj, “will meet head of the High National Election Commission of Libya (HNEC), Imad Al-Sayeh, within days, to discuss the Commission’s main requirements to organise the presidential and parliamentary elections in 2021.”

He pointed out that the government’s support for the HNEC aims at guaranteeing the adherence of the parties to the Libyan Political Dialogue Forum to the timeline they have set.”

Al-Zaqlai added that Al-Sarraj “will hand over power upon the completion of talks and the selection of a new executive authority.”

On Monday, Al-Sarraj stressed his “full support for the elections to ease the country’s crisis,” noting that “the announcement of election date is consistent with the initiatives that he previously put forward to solve the Libyan file, the last of which was in June 2019.”