Home / Normal / Another woman has been murdered in Libya, but no one is being held accountable 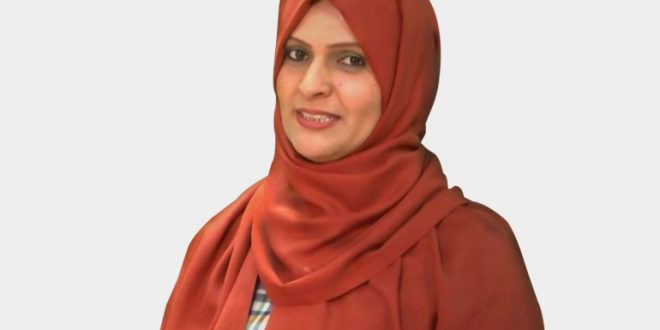 Another woman has been murdered in Libya, but no one is being held accountable

A well-known lawyer and human rights activist was gunned down in Benghazi, Libya, on 10 November. Hanan Al-Barassi, known as the “Granny of Burqa”, was murdered at around 2pm in one of the city’s busiest streets. According to Benghazi’s security directorate, a group of “unidentified masked men” first tried to kidnap Al-Barassi after forcing her out of a shop, then shot and killed her.

What’s more, also on 10 November, Al-Barassi’s only daughter, a law student in the local university, survived what appeared to be a kidnapping attempt when two masked gunmen tried to force her to stop her car just outside Benghazi. She managed to get away.

Kidnapping and forced disappearances are common in the North African country. Mohamed Baiyou, the Minister of Information in Tripoli’s UN-recognised Government of National Accord was kidnapped last month. He was released on 10 November without anybody being held accountable, despite the fact that his kidnappers are apparently known.

Benghazi, like the whole Burqa region, is under the control of the Libyan National Army (LNA). The parallel government based in the city is not recognised by other countries or the UN.

Al-Barassi was famous as a harsh critic of corruption, human rights violations, the abuse of power and nepotism, not least through her amateur videos posted on YouTube. All are critical of the situation in eastern Libya under the control of Field Marshal Khalifa Haftar, the commander of the LNA.

The day before her murder, the lawyer posted a video criticising Haftar and his two sons by name. Directing her message to Haftar personally, she said that the people of Libya “…do not want a family role” in public affairs. The Haftar family is feared in eastern Libya and enjoys huge influence which dominates life in the area.

While no one has claimed responsibility for Al-Barassi’s murder, many people believe that she was killed because of that video. Fingers are being pointed at Haftar’s son Saddam, but not the field marshal himself.

Interior Minister Ibrahim Abu Shnaf said on Facebook that he has ordered all security agencies to work hard to catch the perpetrators and bring them to justice. Little is expected from this.

On 12 November, the security directorate in Benghazi published what it said was a picture of one of the suspects, and appealed to the public for help in identifying him. Many social media users, however, cast doubt on the fuzzy picture and questioned the seriousness of security in the city. Some went further by accusing the security agencies themselves and the LNA of trying to cover up the crime.

This latest murder came against the backdrop of the Libyan Political Forum meetings in Tunis, under the auspices of the UN Support Mission in Libya (UNSMIL). The UNSMIL condemned the murder and said that Al-Barassi’s death “illustrates the threats faced by Libyan women as they dare to speak out.”

It is a fact that her killing is not the only example of deadly violence against women activists in Libya. Women are facing an uphill struggle in the chaotic and lawless country in which armed militias dominate life across the country.

Last year, one of Libya’s outspoken woman politicians and parliamentarians, Siham Sergiwa, was kidnapped from her Benghazi home on 16 July. She disappeared after taking part in a TV talk show in which she questioned the LNA’s attack on Tripoli. The LNA launched a military offensive to take the capital in April 2019 but was defeated in June this year.

However, Al-Barassi’s case is somewhat unique, because she has never held any public office and has not worked for any political party. In her many YouTube videos, mostly shot while driving, she always advocated a united, peaceful and stable Libya.

Indeed she was one of the earlier supporters of the NATO intervention in Libya in 2011 that helped the local rebels oust Muammar Gaddafi’s government. In recent years, though, she regretted that. She even called for her own prosecution for doing so. In one of her videos she said that Gaddafi would never harm a woman and, indeed, he always supported them.

A friend of Al-Barassi, who has — understandably — asked to remain anonymous, told me that he tried to warn her. He spoke to her two days before her murder asking her to keep quiet for a while and offering his house as a safe haven in another city until things cool down in Benghazi. He said that she refused and said, “If they want to kill me I do not care.”

Ibrahim Abu Shnaf now finds himself in a very difficult moral and ethical position as Interior Minister in eastern Libya. The once respected and honourable prosecutor always prided himself on being an independent man of conscience before joining the Haftar-dominated authority. Siham Sergiwa was kidnapped during his tenure and now Al-Barassi has been killed, but he did not even offer his resignation, which was to be expected from someone like him. “We look to him for justice,” said Al-Barassi’s friend, “but it seems he is just like the others.”

Even after all of these murders and kidnappings not a single official has resigned or been fired. With nobody being charged either, it seems that there is no accountability in that part of Libya. Lawlessness is quickly becoming the accepted norm.