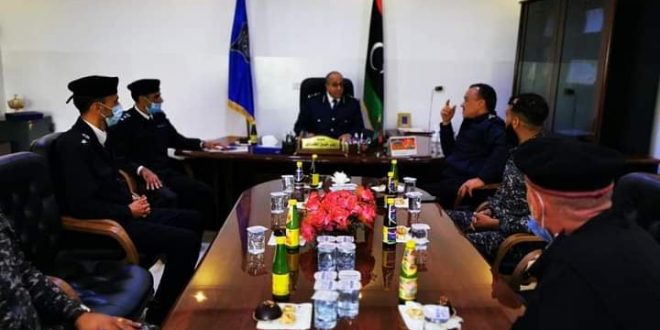 The Director of Security Directorate of Gharyan city, Brigadier General Omar Al-Khadrawi, held discussions on Wednesday with his counterpart in Jafara district, Brigadier General Abdul Nasser Latif, regarding the return of the Gharyan displaced people, who have property in Sahil Jafara.

The two sides reaffirmed the stability of the security situation in the area, confirming the possibility of the displaced people to return to their homes and properties, provided that the police stations are notified of this.

They also discussed during the meeting, which was held at the HQ of Gharyan Security Directorate, coordination between the two security directorates to conduct joint patrols in the area between Al-Hira and Al-Aziziyah.

Security ForcesSecurity SituationTrafficking and Migration
AllJufra
2020-11-19
asaeid
Previous Another woman has been murdered in Libya, but no one is being held accountable
Next Libya rivals yet to start withdrawing forces: UN envoy