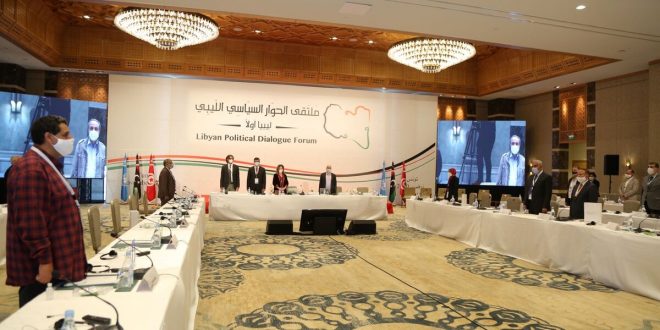 11 legal organizations and civil societies have lodged a complaint with the Libyan Attorney General over the “bribes given to participants of the Libyan Political Dialogue Forum in Tunisia this month” and have called on the UNSMIL to continue their investigation for the allegations of bribery.

In a statement Sunday to the UN Secretary General, Acting Envoy Stephanie Williams, and Libyan Attorney General, the organizations expressed shock at the circulated news of “political money” being used at the Libyan Political Dialogue Forum to buy votes for certain names to win positions at the new executive authorities.

“We are awaiting the revelation of results of the investigation that has been announced by the Acting UN Envoy to Libya Stephanie Williams.” The statement reads.

They explained that the Libyan Political Dialogue Forum members who would be found guilty of the bribes’ accusations should be dismissed from the upcoming dialogue sessions and those names who were behind the money should be deprived from being nominated for any position at the Presidential Council and Government.

“Selecting the participants of the Libyan Political Dialogue Forum should have been more transparent and careful and people whose names were stained in the past with any misdeeds and misconduct shouldn’t have been invited to be part of the dialogue.” The statement adds.

The organizations and civil societies said the allegations of bribery threaten the integrity of the Political Dialogue and that they need to know the results of the investigation so that the outcomes of the Libyan Political Dialogue Forum can be respected afterwards.

Social media and media outlets circulated news last week that some participants of the LPDF had been depicted as trying to buy off votes for certain names to be nominated for new Presidential Council and government positions.

Last Wednesday, 56 LPDF participants urged the UNSMIL to suspend the membership of those who are subject of the bribes allegations until the investigation results come out.