Home / Normal / NOC: Revenues will not be transferred to the Central Bank of Libya 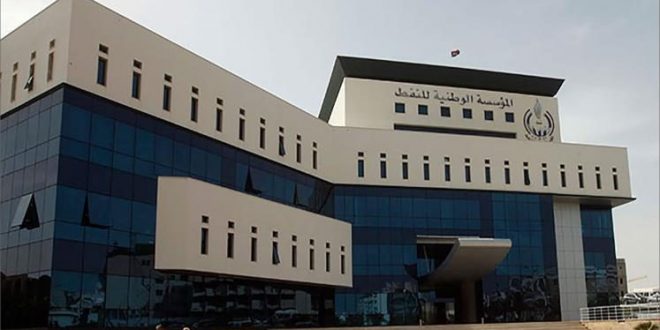 NOC: Revenues will not be transferred to the Central Bank of Libya

In a press release, the National Oil Corporation confirmed that it will not be transferring revenue funds to the Central Bank of Libya due to a lack of trust and transparency in the bank.

“Revenues will not be transferred to the Central Bank account until the bank has clear transparency with the Libyan people about the manner of distributing oil revenues during the previous years and those who have benefited from these revenues in foreign currency, which exceeded (186) billion US dollars in the past nine years.”

The National Oil Corporation (NOC) also added: “Holding the revenues in the accounts of the Libyan Foreign Bank is temporary until a comprehensive political settlement is reached with one of its most important goals being the fair distribution of revenues between all cities and villages in Libya.”

The NOC’s press release comes as a response to claims made by the central bank in a statement issued on November 19th, that the Oil Corporation has provided inaccurate data when it comes to revenue and expenditure for years now. The NOC also vehemently denied the fallacies and misinformation in the statement on revenue and expenditure from January to October of this year.

The oil company concluded its statement by saying “The central bank is in a state of disorder, and we ask it to correct its statement immediately or the National Oil Corporation (NOC) will resort to the officials of the Public Prosecutor’s Office.”