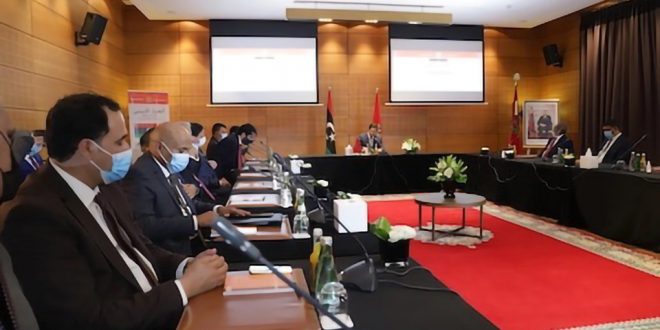 Parties to the conflict in Libya held a formal meeting in Tangiers, Morocco, on Monday to unify the parliaments based in Tripoli and Tobruk. On Saturday, 75 deputies from Tripoli and Tobruk participated in a preliminary session.

At the official invitation of the Moroccan parliament, members of the Libyan House of Representatives held a session in an attempt to unify the divided legislative body. Those based in the Libyan capital Tripoli support the internationally-recognised Government of National Accord, while the deputies in Tobruk support Field Marshal Khalifa Haftar, who contests the government’s legitimacy and authority.

The Libyan parties resumed online sessions of the Libyan Political Dialogue Forum (LPDF) on Monday after consultations held in Tunisia were concluded last week. The delegations had received an invitation from the UN mission to resume the talks on Monday, again via video conferencing, to discuss mechanisms for running the new government and Presidential Council.

During the first round of the LPDF in Tunisia under the auspices of the UN, the Libyan delegations agreed to hold a general election in the country on 24 December next year. The dialogue committee reached a consensus on the powers of the Presidential Council, most notably the defence and foreign affairs portfolios, as well as the jurisdiction of the government, including the preparation of elections and providing services to citizens.

The parties are expected to discuss pending issues, namely the eligibility criteria and selection mechanism for executive positions; naming the head of the Presidential Council; naming the two deputies of the Presidential Council’s chair; and selecting the Prime Minister. Furthermore they will look at ways to determine the constitutional jurisdiction for organising the elections, setting the date for holding a referendum on the constitution, and defining the powers of the dialogue committee in the event that parliament fails to approve the government, as well as pass the draft constitution and election laws.

Despite the heated situation on the ground, political developments came a day after the Libyan army said that it had spotted Haftar’s forces moving from the city of Benghazi to the west of the country as from Sunday. Army spokesman Brigadier Abdul Hadi Dara said that the government forces had detected the “noticeable mobilisation” of Haftar’s militia.

Dara pointed out that he expects Haftar to violate the ceasefire and all agreements aimed at ending the Libyan crisis. He believes that the manoeuvres will “obstruct the implementation of the Joint Military Commission ceasefire agreement” announced by the UN on 23 October.