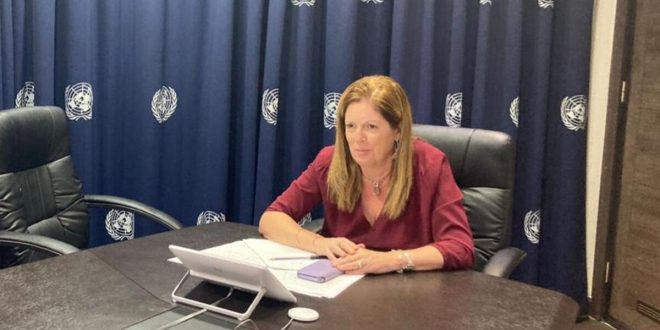 UN mission calls on the Libyan parties to agree despite obstacles

The Acting UN Envoy to Libya, Stephanie Williams, has stressed the need to address the fragile situation in Libya and work on all tracks to tackle the crisis.

In her speech to the Libyan delegates to the second round of talks, which was held online yesterday, Williams indicated “the remarkable improvement” achieved in the military track that had led to an agreement on a ceasefire.

She expressed she is looking forward to a similar breakthrough in the political path, emphasizing that such achievement, along with the unification of the institutions, remains a major demand for the 5+5 military committee.

Williams reiterated the UN mission’s keenness to build consensus and work to achieve this objective as a goal of the dialogue.

She indicated that a new proposal has been put forward regarding communication between members of the dialogue and the mechanism for nominating senior posts after the obstacles faced in the recent virtual meeting.

International Relations and CooperationPolitical TransitionSecurity Situation
All
2020-11-26
asaeid
Previous Libya activists look to Biden to put screws on Khalifa Haftar
Next US diplomat: Washington to use pragmatism instead of negligence in Libya under Biden