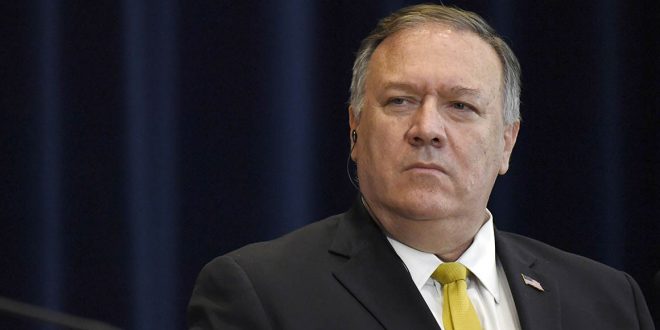 The Secretary of State of the United States Mike Pompeo said Saturday that Washington will continue to take tangible measures to respond to massive human rights violations in Libya.

Pompeo’s remarks came on Twitter after the announcement of the sanctions by the US Treasury against pro-Haftar Al-Kaniyat militia and its leader Mohammed Al-Kani.

The US Treasury blacklisted Al-Kaniyat militia for its responsibility for killing and torturing of civilians whose bodies were recently found in Tarhouna, in addition for their role in forced disappearances and displacement of people.

Meanwhile, the US ambassador to Libya Richard Norland said in a televised statement that the sanctions on Al-Kaniyat militia shows how Washington is using tangible measures to respond to the human rights violations, spoilers of political and military dialogues and chances of peace in Libya.

Norland indicated that Washington should support accountability measures against “bad parties” like militias and others who made Libyans suffer as they enjoyed impunity.