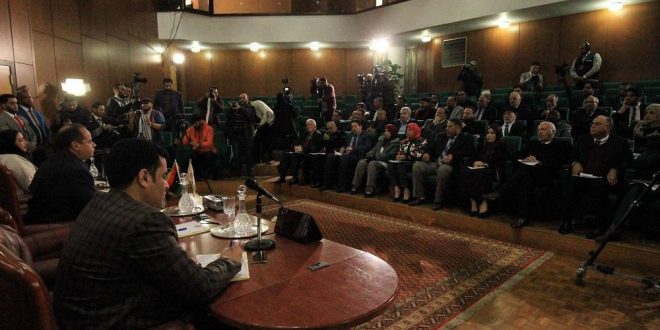 Tangier meeting concludes with agreement to unify the Parliament

On Saturday night, the consultative meeting of the Libyan House of Representatives members from Tripoli and Tubrok concluded with an agreement to hold the Council’s meeting in the city of Ghadams immediately upon return to Libya to orchestrate what would be an end to the division and final unification in the country’s parliament.

Members of both HoRs confirmed in the meeting that officially began last Sunday that the House of Representatives should be located in Benghazi, and reiterated their determination to move forward toward ending the state of conflict and division in all institutions and preserving the unity and sovereignty of the state throughout its territory.

During the session’s closing ceremony, members made seven pledges to bring the country out of its fragmented state and closer to overcoming its political crisis and conflict.

The HoR also collectively committed to engaging in the Libyan Political Dialogue Forum with the High Council and the UN to overcome the political deadlock the country is currently in.

They also pledged their commitment to the organization of the presidential and parliamentary elections set to take place in December of 2021.

The deputies promised to respect the constitutional right and legitimacy of the legislative bodies that result from the unification and elections in the future.

Members also called on the media to promote forgiveness and reconciliation between the Libyan people, condemning the use of hate speech and stating that it only seeks to worsen the divide and delay peace.

“The members of the House of Representatives express their utmost thanks, appreciation, and gratitude, to the Kingdom of Morocco, its king, its parliament, its government, and its people, for their warm welcome and hospitality.” Said the spokesperson for the parliament in the closing ceremony of the meeting.