Home / Normal / Libya-Tunisia border will not be closed under any circumstances: Tunisian PM Mechichi 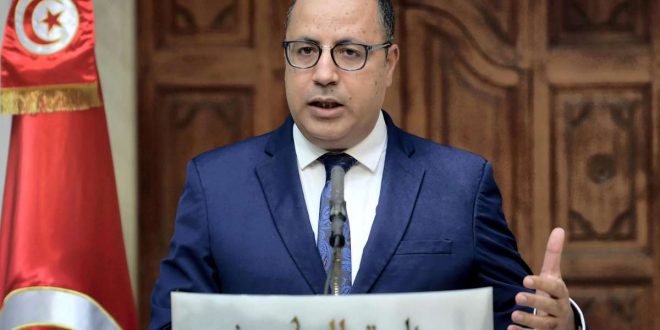 Libya-Tunisia border will not be closed under any circumstances: Tunisian PM Mechichi

In a speech during a Tunisian parliament session devoted to discussing the draft state budget bill for 2021, Mechichi said that his country adheres to the decision to keep the borders with Libya and Algeria open because the fate of Tunisia, Libya and Algeria is a common one.

Mechichi had personally supervised two weeks ago the reopening of the Ras Jedir border crossing with Libya, after the Libyan and Tunisian authorities reached the signing of a joint health protocol within the framework of measures to prevent the spread Corona virus.

Meanwhile, in the same context of Libyan-Tunisian relations, Presidency Council Deputy head, Ahmed Maiteg, during his meeting yesterday with the Tunisian ambassador to Libya, Asaad Al-Ajili, stressed the importance of brotherly relations with neighbouring Tunisia, expressing his welcome for the resumption of the work of the Tunisian embassy Tripoli, and the resumption of flights between the two countries.

Maitig stressed the need to work to increase the rate of trade and facilitate the passage procedures for travellers at the Libyan and Tunisian ports of entry.