Home / Normal / NOC: Oil revenues will be kept until the Central Bank fixes its failed policies 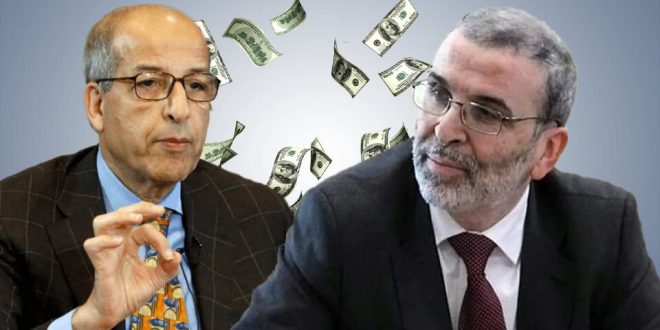 NOC: Oil revenues will be kept until the Central Bank fixes its failed policies

In a scathing video statement on the National Oil Cooepraton’s official website, the head of the cooperation launched a verbal attack on the governor of the Central Bank of Libya (CBL) Sadiq al–Kabir, criticizing his financial policy and role in the country’s ongoing economic crisis.

The head of the NOC, Mustafa Sanalla, said in the video that the money from oil revenues will be safeguarded and kept from the CBL until a transparent and honest mechanism of distributing the funds to the people has been established.

Sanalla also confirmed that the NOC holding the funds in the Libyan Foreign Bank is in accordance with the rule of law and protection of the Libyan people’s wealth.

He also pointed out that the for years now the money had been spent on fictitious funds and used to keep the average Libyan citizen under the thumb of the CBL and the country in a never-ending liquidity crisis.

“The central bank cannot continue to distribute the funds to specific people in a specific region for personal gain and power.” Said the head of the NOC.

The cooperation chairman also promised that “Oil revenues will be held in an account until things are transparent and the exchange rate is unified in the country.”

Sanalla concluded his statement by saying that the oil company is always working to extract and sell oil and get revenue for the people and it is unjust that only a few benefit from what rightfully belongs to the whole of the Libyan people.

This comes after the NOC announced last week that all oil revenues will be held in the Libyan Foreign Bank following a statement from the Bank accusing the cooperation of being responsible for billions of dollars missing. An accusation the cooperation denied hours later, claiming that the bank is misleading the public.