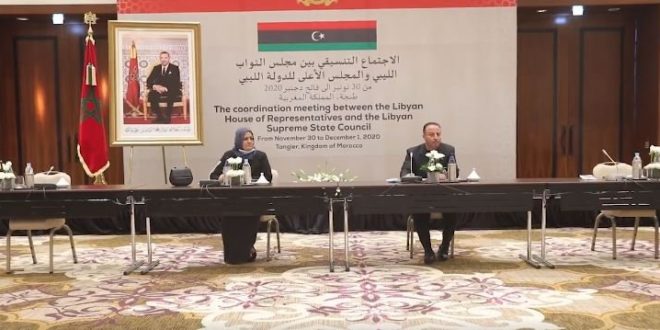 The Coordination meeting between the members of the Libyan Parliament, the House of Representatives (HoR) and the High State Council, the 13 + 13 Committee, started in Tangiers, Morocco, yesterday under the auspices of the UNSMIL. The meeting is planned to end today.

The meeting will discuss the deliberations of the ongoing Libyan Political Dialogue Forum (LPDF), and the unification of visions on the political and constitutional tracks in Libya.

The 13+13 joint HoR-HSC Committee is not to be confused with last week’s HoR Tangiers meeting. The 2015 Skhirat Libyan Political Agreement (LPA) empowers the HoR and HSC through joint committees with the power to affect political changes to the Skhirat roadmap. The changes have to be agreed by both bodies.

Last week, a consultative meeting of the whole HoR was held in Tangiers, which culminated in the agreement to:

Political Transition
All
2020-12-01
asaeid
Previous Libya-Tunisia border will not be closed under any circumstances: Tunisian PM Mechichi
Next Libya’s Presidential Council unveils details of emergency meeting on freezing oil revenues