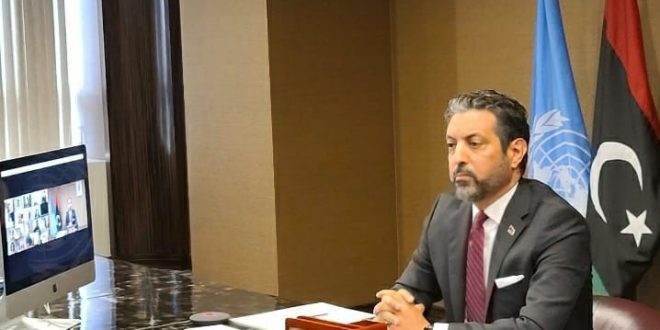 The Libyan ambassador to the United Nations Taher El Sonni called on the European Union (EU) to unify their efforts in support of the ongoing Libyan dialogues away from “destructive competition that has been ongoing for years.”

The remarks came Tuesday in a virtual meeting with the EU representatives at the UN, as El Sonni said the Government of National Accord (GNA) has been with dialogue for years and have tried to make them successful away from foreign intervention.

El Sonni added that the EU bears massive moral responsibility toward what has become of Libya due to its silence about the actions of spoilers of the Libyan Political Agreement and war crimes in the country, indicating that the EU should work on allowing Libyans to lead their way out of this crisis.

He also said that ceasefire’s success is tied to strong international assurances and monitoring of any possible violations, commenting on EU’s Operation IRINI by saying it “doesn’t provide serious monitoring of arms and mercenaries’ influx into Libya via land borders and airspace as it needs to be more inclusive and in coordination with the GNA.”