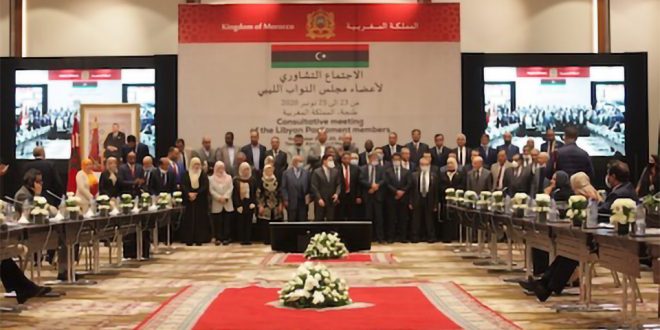 The 75 members of the UNSMIL-brokered Libyan Political Dialogue Forum (LPDF) have been unable to agree on the mechanism to select the new Presidency Council (PC) and Prime Minister, reports indicate.

The LPDF started their third virtual debates yesterday, chaired by Acting UNSMIL head, Stephanie Williams, attempting to produce a system to choose the three members of the new, reduced PC and the prime minister. No final decisions have been agreed as the 75 delegates remain divided over how to select the four positions.

In her opening remarks yesterday, Williams used particularly strong language, clearly trying to get the delegates to stop their delaying and reach agreement.

She warned that time was running out for Libyans, and that there were now 10 foreign military bases and 20,000 foreign troops in Libya and that they were in Libya for their own interests, not Libya’s. “You have now a serious crisis with regard to the foreign presence in your country”, she told them.

This was the first time Williams was publicly so specific about foreign forces.

The divisions within the LPDF are largely politically motivated, with delegates believing that one or another particular system might favour or disadvantage their preferred candidates.

There is general agreement that the three PC posts should represent the east (Cyrenaica), west (Tripolitania) and the south (Fezzan) and that the president of the PC should come from the east Cyrenaica, although there has been no vote on the matter.

Beyond that there are those who want separate colleges of voters from each region to vote for their own area’s member of the PC. Others want the 75 delegates to act as a single college, voting for the three regional members all together.

One suggestion, which appears to be gaining ground, is that there should be electoral lists for all the four posts, with all 75 delegates voting together. One list being suggested would have Ageela Saleh as the president, Abdul-Majeed Seif Al Nasr as the vice president from Fezzan, someone as yet unchosen as the vice president from Tripolitania and Fathi Bashagha for the post of prime minister. Other lists would propose different candidates.

The problem with this system, though, is that there are LPDF members who support Bashagha as PM but oppose Ageela as president.

Some members have also demanded that, whatever system is chosen, the voting should be in-person, not on-line, because it is the only way it can be done in secret, they say.

Finding a solution should not be impossible, but the situation is dragging on and while it is likely that there will be agreement, it may take several more days of manoeuvring and procrastinating.