Home / Normal / Over one million Libyans in need of humanitarian aid 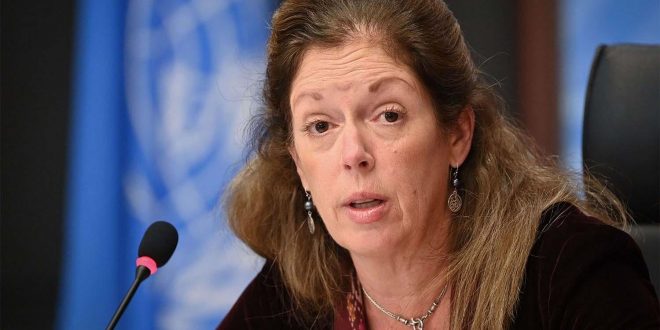 Over one million Libyans in need of humanitarian aid

Stephanie Williams, Acting Special Representative for the United Nation’s Support Mission in Libya (UNSMIL) in an official statement on Wednesday said that the Libyan humanitarian crisis is worsening by the day.

In her statement, Williams said that by January 2021, there will be over 1.3 million Libyans in desperate need of humanitarian aid as a result of the liquidity crisis, widespread of COVID-19 and consistently declining socioeconomic state.

The representative addressed the electricity crisis by saying, “I don’t need to remind you of how terrible the electricity shortages were last summer. Because of the terrible corruption and misgovernance, all over the country. I am not pointing fingers. This is a crisis in the West and the East. You have a crisis of corruption. You have a misgovernance crisis and now you have only 13 of 27 powerplants that are functioning.”

Despite efforts by engineers and workers in the electricity field to restore the country’s electrical grid to full power continued corruption, as well as theft of the electrical lines, persist resulting in massive power cuts to the general public.

The representative stated that one billion US dollars are needed to restore the electrical grid and avoid complete electrical collapse.

Williams also addressed the worsening liquidity crisis in the country, pointing out that the power of the Libyan dinar is in a sharp deterioration, and that the liquidity crisis has fully returned with an alarming shortage of cash in circulation for the Libyan people to meet their day to day needs and living expenses.

The UN representative said that the spread of COVID-19 is worsening as well, noting that the while estimates put the number of cases in Libya at over 94,000 cases, experts assess that the number is much higher with the stark shortage of testing in the country.

Representative Williams concluded her statement by saying that members of the Libyan Political Dilgaoue Forum have come a long way in Tunis and that Libyan people need to hold the institutions in power accountable to upholding the elections and sharing authority to unify the country’s body of governance in the best interest of their country.