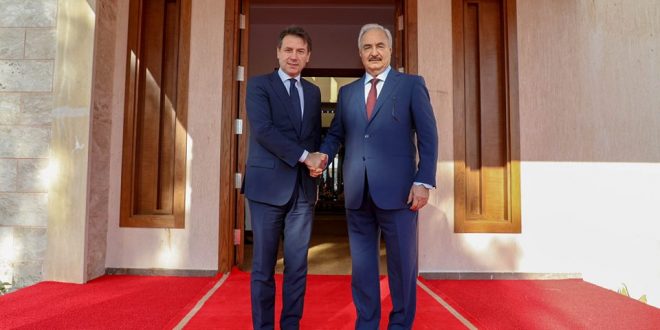 When he was asked by the Italian newspaper il Giornale about the 18 Italian fishermen who were detained while sailing in Libyan territorial waters, Al-Namroush said that the solution for their crisis should pass through France.

“Your foreign minister asked me how we could help,” Al-Namroush told the il Giornale‘s reporter, “I replied: Italy is part of the EU and you have to go to France because its Foreign Minister Jean-Yves Le Drian enjoys good relations with Haftar.”

Al-Namroush, who was in Rome on Friday to sign a military cooperation deal, stressed that France “is able to interfere positively in this issue”.