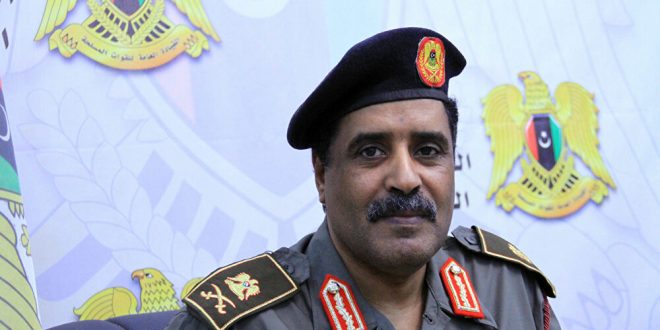 The spokesman for Khalifa Haftar’s forces Ahmed Al-Mismari said they are at war with Turkey after the Turkish President Recep Tayyip Erdogan have “fueled their conflict”.

Al-Mismari said no one has announced the end of battle between their forces and Turkey but they have just announced a ceasefire in respect for the efforts of the international community, friend countries and the desire of Libyans to end the war, adding that Erdogan “has never stopped sending weapons to Libya”.

He also indicated that the Turkish ship that was intercepted Monday was inside a restricted area, saying the response of the Turkish Foreign Ministry contained “an unacceptable arrogance”.

Meanwhile, Turkey condemned on Tuesday the interception of one of its ships by Haftar’s forces in the Mediterranean, saying the ship must be allowed to resume its journey to western Libya and warned of possible reprisals.

“Targeting Turkish interests in Libya will have grave consequences, and these elements (Haftar’s forces) will be viewed as legitimate targets,” the Turkish foreign ministry said in a statement.

The ship was carrying medicines to Misrata when Haftar’s militias stopped it and the crew members (Turkish, Indian and Azerbaijani nationals) were placed under investigation.

International Relations and CooperationSecurity ForcesSecurity Situation
All
2020-12-09
asaeid
Previous UNSMIL calls for virtual meeting of LPDF Thursday
Next As Libyan oil flows resume, so does a feud over revenues