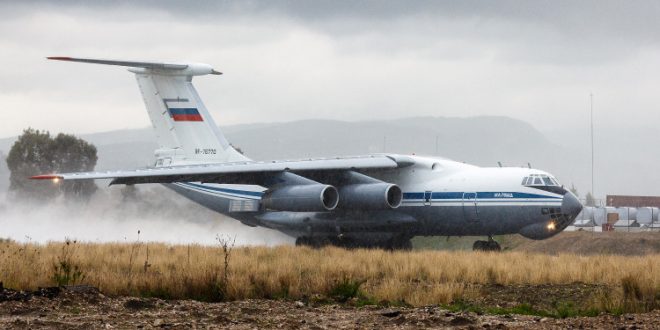 The media center of the Volcano of Range Operation on Friday disclosed it had monitored 12 flights carrying mercenaries from Syria to areas controlled by the warlord Khalifa Haftar since last October.

“12 flights of the Syrian Sham Wings Airlines transporting mercenaries from Syria have landed in Haftar-controlled areas,” the media centre confirmed in a statement on Facebook.

It explained that those trips had been monitored since last October, the month that witnessed the signing of the UN-sponsored ceasefire agreement between representatives of Haftar and the Government of National Accord (GNA) in Geneva.

According to the statement, the Sham Wings planes fly from the Damascus Airport and the Russian Hmeimim military base in Lattakia to Benina Airport in Benghazi, or the Emirati-controlled al-Khadim base south of al-Marj, noting that the plane’s path is usually hidden from the radar once it enters Libyan airspace but similar flights have been previously detected by tracking systems.

Three Russian cargo planes landed at Al-Qardabiya base in Sirte on November 4, December 9, and 16, in addition to other flights of Russian air force planes, which were tracked taking off from Hmeimim base on December 10, and another on November 4 before they disappeared from the radar over the airspace of Egypt on its way to eastern Libya, according to the statement.