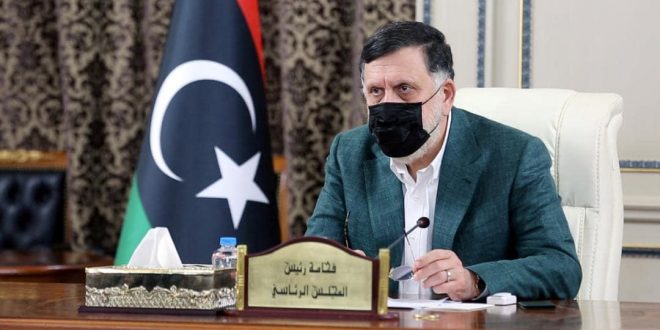 According to the Italian newspaper la Repubblica, the Italian Prime Minister, Giuseppe Conte, in his most recent visit to Benghazi extended an offer from the head of presidential council Fayez Alserraj to field marshal Khalifa Haftar to nominate a new prime minister for the government as a apart of a political solution.

The offer came in a quick visit by the Italian Prime Minister to Benghazi with the Italian Minister of Foreign affairs to announce the release the 18 fishermen held by Hafter forces.

The newspaper also reported that Italian diplomatic sources were quoted as saying that offering Hafter to nominate a prime minister has a “thousand flaws” as Haftar will “Either name someone he knows would be very good at his job, therefore, he would become an opponent or he would select someone very weak and he would become a hostage to criminals and militia leaders.”

The same sources also stated that “The transition of power from one head of government to next without a comprehensive agreement would lead to a very hard life for the nominee.”

The Italian newspapers said that Al-Sarraj delivered his message to the Italian Prime Minister during his recent unannounced fleeting visit to Rome with his wife and personal staff.

The visit to Rome came as a surprise as it was not announced by the presidential sources and lasted the very short period of just four days.

Al-Sarraj previously announced his readiness to resign his position when there is a new head of the council but due to the failure to reach a consensus on who his replacement would be he was forced to withdraw his resignation and remain at his post.

International Relations and CooperationPolitical TransitionSecurity Forces
All
2020-12-22
asaeid
Previous Has the EU lost Libya to Russia?
Next Di Maio denies striking a deal with Haftar in exchange for fishermen