Home / Normal / Italy: Release of fishermen in Libya made in return for restoring relations with Haftar 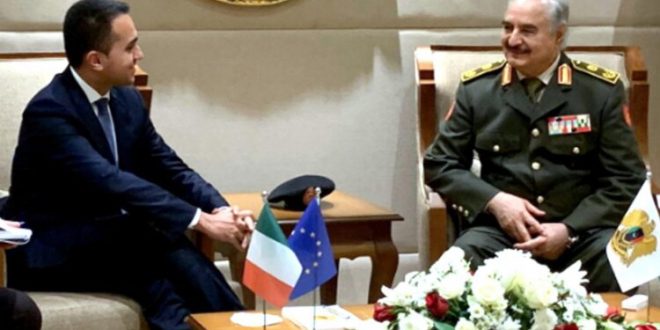 Italy: Release of fishermen in Libya made in return for restoring relations with Haftar

The release of the Sicilian fishermen in Libya’s eastern city of Benghazi has taken place in exchange for restoring relations with the commander of the Libyan National Army (LNA), Khalifa Haftar, the Italian foreign minister announced yesterday.

“To release our fishermen, we were asked to release four smugglers, which was impossible,” Di Maio told reporters, referring to his recent visit to Benghazi with the Italian premier, Giuseppe Conte. “We had to re-establish relations with Haftar,” he added.

“Italy has always had good relations with Haftar, and last year we both met nine times, but our relationship was cut for three months after his forces detained Sicilian fishermen on charges of penetrating Libyan territorial waters early last September,” he said.

Italy recognises the legitimacy of the Government of National Accord (GNA) in Tripoli, which is backed by the United Nations.