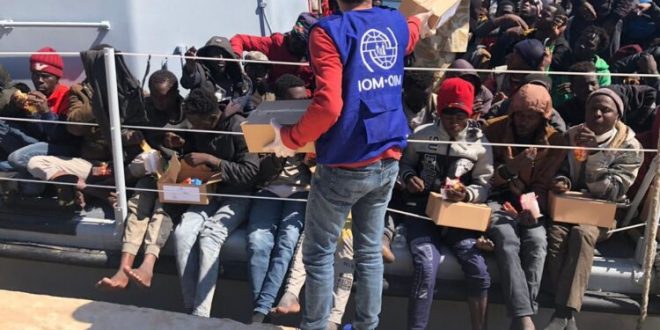 12 thousand migrants returned to Libya in 2020

According to the International Organisation for Migration (IOM) that almost 12 thousand illegal migrants were stopped in the Mediterranean and returned to Libya.

The Organisation also detailed that hat 811 women, and 711 children have been intercepted this year. An estimated 316 migrants have died, with a further 417 others still lost at sea.

Despite international calls to close detention centres in Libya, thousands of migrants remain detained in them.

The United Nations High Commissioner for Refugees (UNHCR) has repeatedly stated Libya is not a safe space for migrants and that it against human rights laws to return them to Libya under any circumstances.

Trafficking and Migration
All
2020-12-30
asaeid
Previous Libya crisis: Why prospects for peace in 2021 are higher than before
Next France and Egypt flipping their game in Libya from Haftar to Bashagha