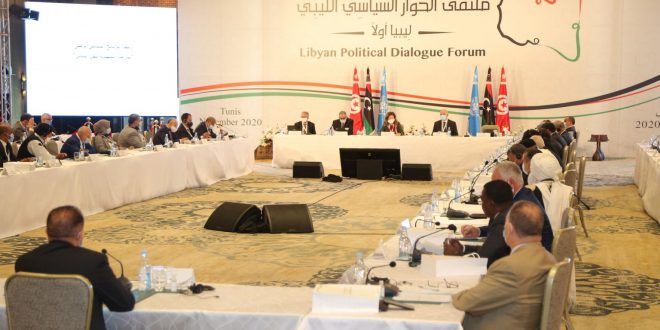 The Libyan Political Dialogue Forum (LPDF) participants have agreed to form a 15-member advisory committee next week in order to end the impasse of selecting mechanism to elect new executive authority.

The agreement on the formation of the advisory committee came in a virtual meeting on Wednesday, when the UN acting envoy Stephanie Williams discussed the proposals of the Legal Committee of the LPDF with the participants for construction and elections’ tracks. Williams gave LPDF participants two days to pick the 15 members.

She also said countdown for the elections started on December 21 with the LPDF-approved roadmap, adding that elections will he held on December 24, 2021 and “there’s no backing down”.

Williams said she is mandated by her job as an acting UN envoy to resolve the dead-end of the efforts to select a mechanism for electing a new executive authority in Libya, adding that the advisory committee will be working against a certain timeline because “an open process wouldn’t be beneficial”.

Williams indicated that the advisory committee will have two weeks to discuss the impasse issues and then provide tangible recommendations in an upcoming session in which the decisions shall be made.