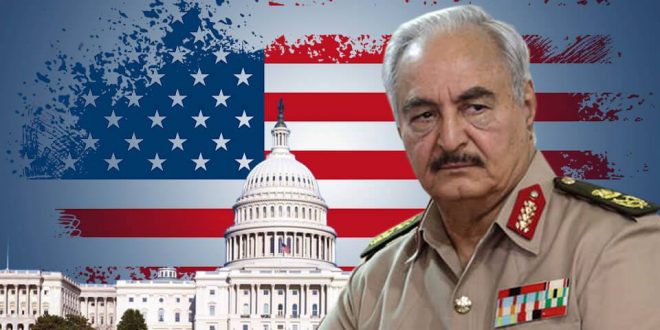 The Libyan American Alliance said it had received a correspondence from the US Federal Court and Department of State, saying they won’t interfere in the lawsuits lodged at the US courts against Khalifa Haftar, who is a dual Libyan-US citizen.

The victims’ attorney, Faisal Gill, said the US government had confirmed that it wouldn’t interfere in the lawsuits against Haftar at US courts, adding that this clearly says that Haftar “has no political immunity”.

The attorney also indicated that the US courts should now proceed with the lawsuits that are lodged by Libyan nationals against Haftar for committing war crimes, saying justice must take its course.

“The US government’s stance is a political victory for the team of for Libyan American Alliance and their efforts to bring justice to the victims of Haftar’s aggressions in Libya.” Gill explained.

He said the stance of the US government also an indication of State Department’s policies within the new administration that would be supportive of democracy and human rights as well as building a civil state in Libya.